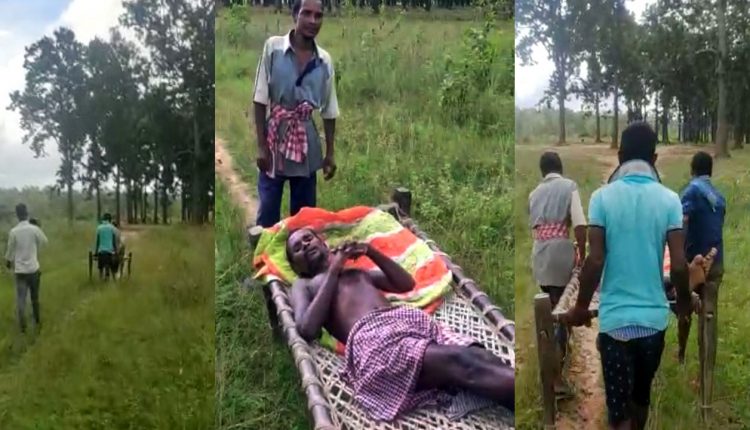 Keonjhar: Lack of roads, inability of ambulance to reach critical patients in villages, absence of hospitals or doctors and poor health-care facilities are the bane of rural Odisha for decades.

In the absence of proper road to a patient’s village at Sirikuan under Baria police station limits, Parameswar Nayak (58) had to be carried on a cot by his relatives to a waiting ambulance some two kilometres away.

According to the relatives, Parameswar Nayak complained of nausea, vomitting and loose motions and needed immediate medical attention. He was not in a positon to walk to the ambulance which had parked two kilometres away from his village. The driver refused to take the vehicle closer to the patient’s house on the pretext that there is no proper road to Tentulikhunti street where he resides.

Parameswar was, however, carried on a cot to the 108 Ambulance which ultimately admitted him to the Nodal Healthcare Centre at Bhanda near Champua.