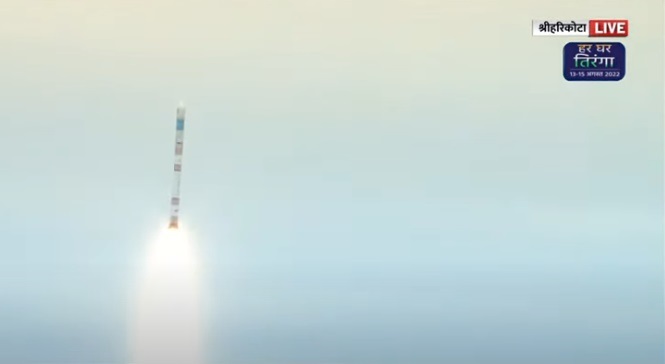 ISRO said it was analysing if the SSLV was able to inject the two satellites into orbit.

“SSLV-D1 performed as expected at all stages. In the terminal phase of the mission, some data loss is occurring. We are analysing the data to conclude the final outcome of the mission with respect to achieving a stable orbit,” ISRO chairman S Somanath said.

At 34 metres, the SSLV is the smallest rocket built by ISRO, about 10 metres shorter than the PSLV. Its diameter is 2 metres compared to PSLV’s 2.8 metres.

The SSLV has a liftoff mass of 120 tonnes compared to PSLV’s 320 tonnes.

An Indian Express report described the SSLV as a “rocket that can be assembled within 72 hours by a team of just 5-6 people, costs at least one tenth of those currently in use, a rocket that can be launched every week”.

According to the report, the “rocket caters specifically to the small and micro satellites that constitute over 90 per cent of all satellites being launched these days”.