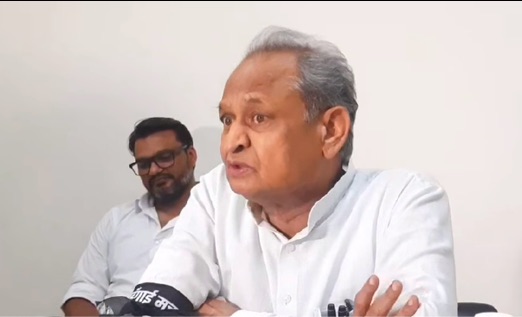 Calling his remarks “unfortunate”, Union Minister Gajendra Singh Shekhawat on Sunday told ANI: “In the last three years, Rajasthan has become the centre for atrocities against young innocent girls. Nothing can be more unfortunate than those changing the subject by making controversial statements to hide their failures.”

Gehlot claimed that murder after rape has reached an alarming level across the country after the Nirbhaya case. “Due to the law on the hanging of culprits, the incidents of murder after rape have increased. The rapist feels that the victim will become a witness against the accused. In such a situation, the accused finds it right to kill the victim. This is a dangerous trend being seen in the country,” said Rajasthan CM on Friday in Delhi during the demonstration by Congress against the Central government over price rise and unemployment.

The four convicts in the 2012 Nirbhaya gang-rape and murder case were hanged to death in Delhi’s Tihar jail on March 20, 2020.

Earlier in May, he had prompted a massive row after reportedly linking unemployment to rape. The Congress leader recently faced flak over ‘biased’ compensation for accident victims. BJP leaders him for announcing compensation to the kin of two Muslim victims of drowning and not for a Hindu family that lost five children in a similar incident.