Seminar At RD Varsity Brings Out The Connect Between Technology & Literature 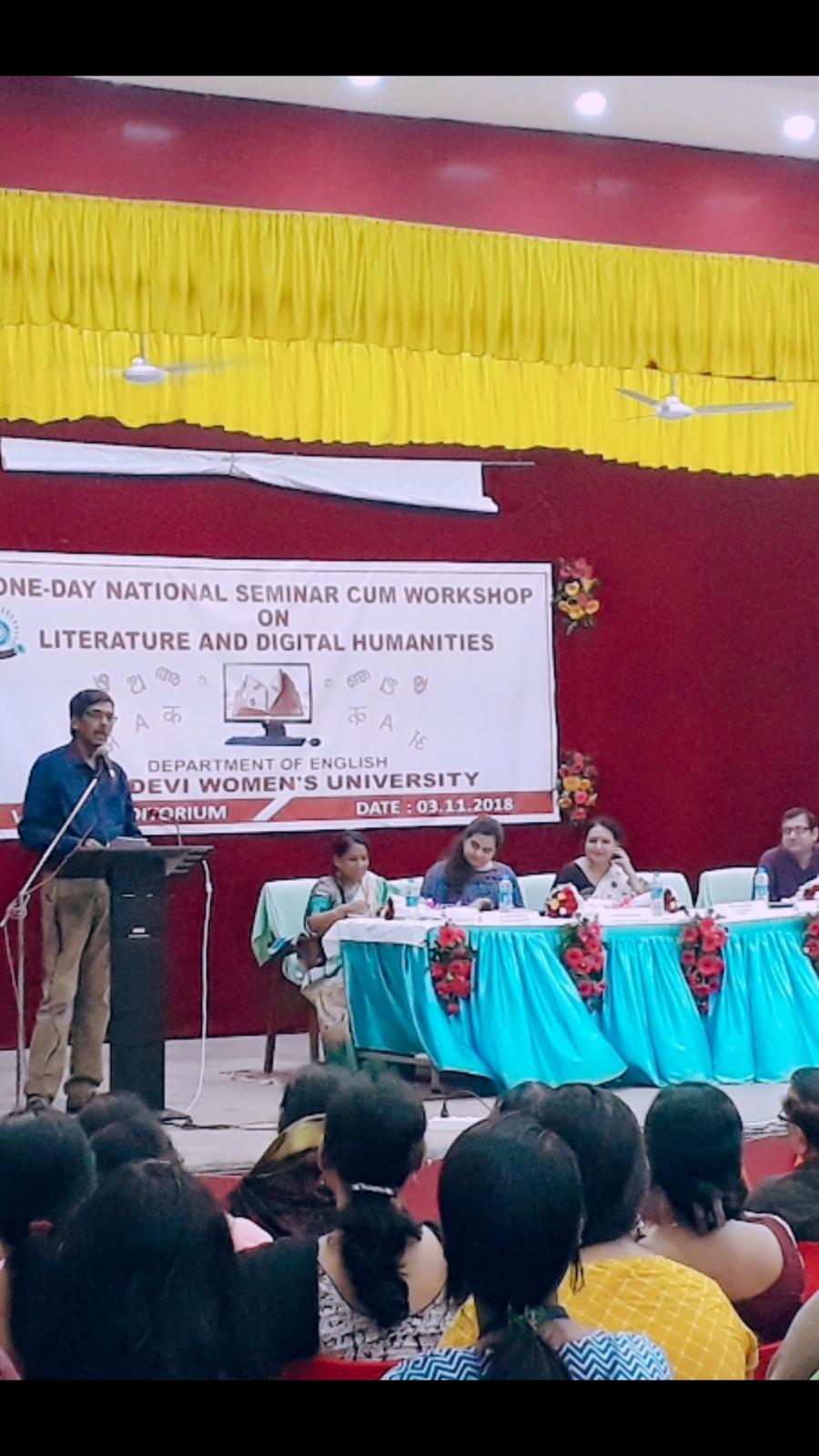 Bhubaneswar: In recent years, we have seen huge developments in the digital sector. From shopping to performing surgeries, there is barely any section left untouched by digitization. Digital initiatives in the education sector are no surprise as well. While we have seen technology being used in innumerable ways, its usage in literature is fairly less as compared to other subjects.

To throw light on how technology is in fact connected to literature, the Department of English in Rama Devi Women’s University here organised a one-day national seminar-cum-workshop on ‘Literature and Digital Humanities’ at the University auditorium on Saturday.

The seminar comprised three sessions and witnessed participation of around 150 students from all over the state. Eminent Professor of English Dr Jatindra Kumar Nayak was the chief guest.

Vice Chancellor Dr Padmaja Mishra presided over the inaugural session and lauded the department’s efforts in zeroing in on such an important topic.

The varsity’s chairman of post-graduate council Dr Durga Sankar Sarangi gave a glimpse of how important it is to have digital knowledge.

The head of the department Prof  Madhusmita Pati reiterated on the newness and advantages of digital media, and talked about its relevance to humanities in general and to literature in particular.

Alakananda Mishra, Reader in English, Rama Devi Women’s University, delivered the vote of thanks for the first session.

She also spoke about the pros and cons of anonymity on the world wide web and its repercussions. The risk of most of our precious texts being lost completely within a span of 10-15 years and how feminist methodologies can be successful to store data in archives, the anxiety stemming from the representation of inter-sectionality and being able to contribute to and make a lasting impression on the internet were among the many topics that were discussed.

Dr Souvik Mukherjee gave an interesting presentation on video games and storytelling. Dr Mukherjee introduced the audience to video game narration while exploring virtual reality, reality and the uniqueness of the medium to help the user to read and write while being submerged in the story.

He further drew parallels between video games and rhizomes to bring forth the complexity and cosmopolitan nature of the game and user experiences. The session was followed by a stimulating interactive session focusing on the merits and the demerits of technology.

The second session of the first half was presided by noted Professor of English A K Purohit. There were two paper presentations in this session. Dr Urmishree Bedamatta, Assistant Professor, Ravenshaw University, introduced the audience to digitalisation of the text in
the context of Odia literature.

Using the metaphor of “soiled fish-coiled fish”, Dr Urmishree introduced the audience to the importance of precision in translation and digitalisation in literature and the immediate need to develop efficient OCR software to help catalyse digitalisation in Odia literature.

Dr Manisha Mishra, Assistant Professor of English, Rama Devi Women’s University, presented a paper on “Digitalisation in Odisha and its perspectives”, and spoke at length about the evolution of humanities, various government institutions involved in digitising important documents, the equipment used by them and the pros and the cons of
digitisation.

A report on the seminar was presented at the valedictory session and responses from participants were invited.

This was followed by a cultural programme.

Dr Aparamita Mishra, Reader in English, Rama Devi Women’s University, proposed the vote of thanks for this session.