Bhubaneswar: In view of the grand opening ceremony of FIH Men’s Hockey World Cup at Barabati Stadium in Cuttack, the Capital Region Urban Transport (CRUT) will run special Mo Bus shuttle services between the twin cities of Odisha on Wednesday.

The buses would depart from Master Canteen and Baramunda bus stand between 12 noon and 2.30 pm every 5 minutes to drop the commuters at the Barabati Stadium, where the inaugural ceremony is scheduled to begin at 3 pm, and again from 8.15 pm from Barabati Stadium after the event. 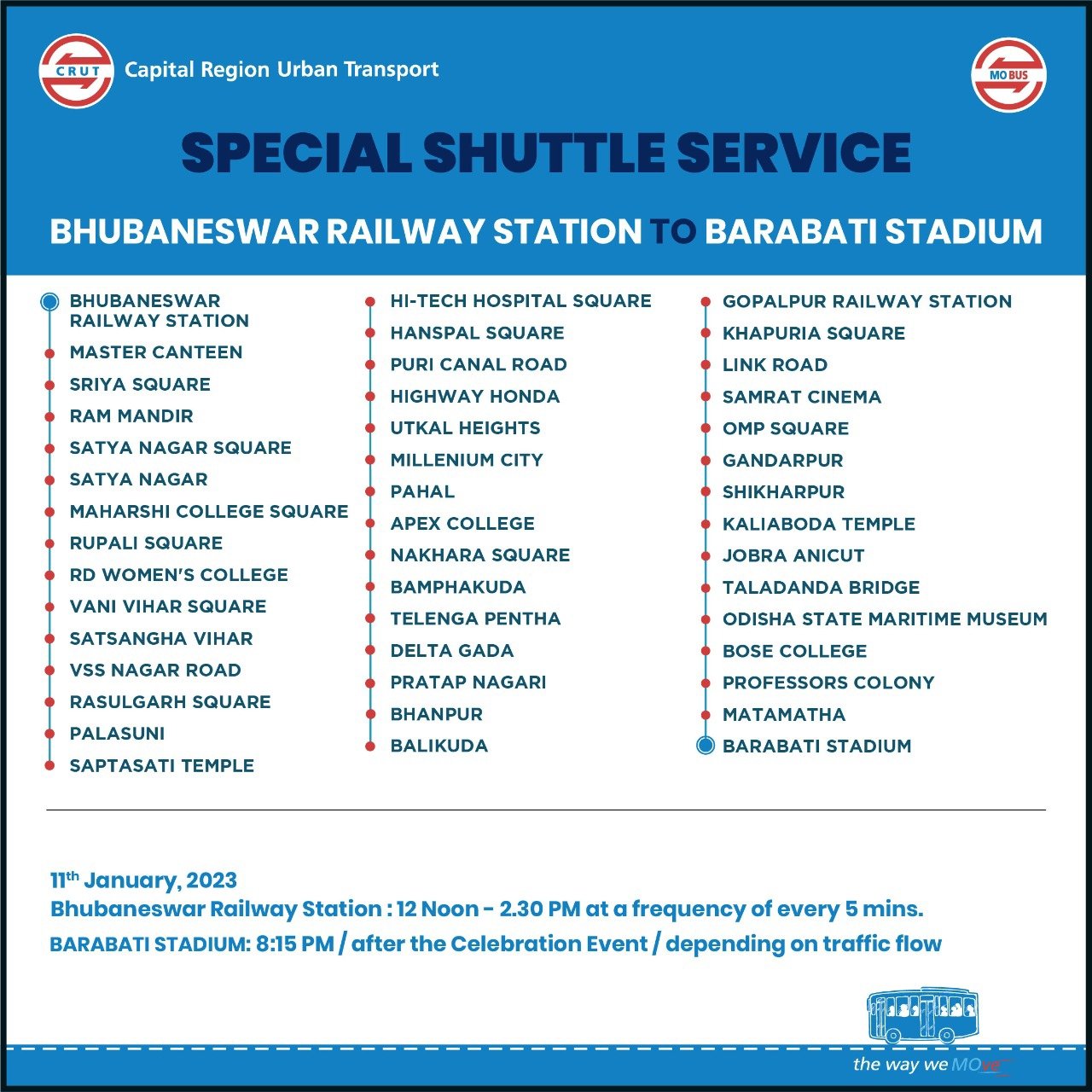 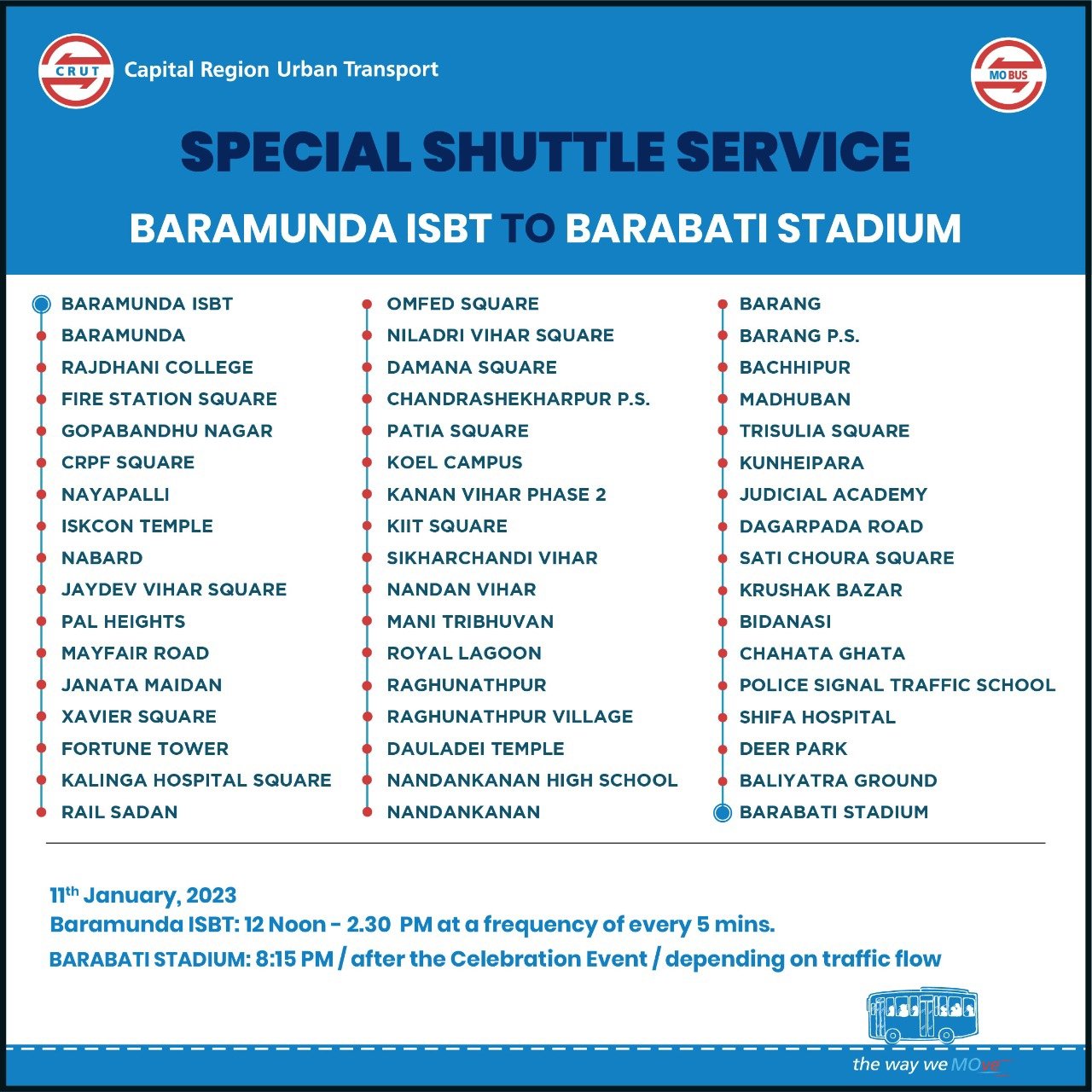 To generate enthusiasm among sports lovers and create a smooth environment for commuting, the Sports Department had earlier asked the CRUT to provide free travel in buses during the World Cup to those carrying match tickets. The route between Nandankanan and Jayadev Vihar (up to Kalinga Stadium), is expected to record an unprecedented rush as residents from Cuttack will take city buses and use this route to come to the capital city to watch hockey and enjoy other events.

During Bali Jatra in Cuttack, residents of Bhubaneswar shuttled between the twin cities using this route. Besides, the route between Acharya Vihar and AG Square is also likely to witness more rush as .Fest is being organised at the exhibition ground.