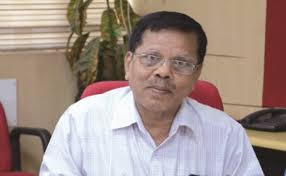 He sent his resignation to the Chancellor and Governor Prof Ganeshi Lal by post.

In February, Pasupalak was sent on leave over allegations of irregularities in the university. Another reason was corruption charges and manipulation of records for personal benefits and erroneous advertisement in recruitments for Krishi Vigyan Kendras (KVKs) of OUAT.

Governor Ganeshi Lal had also ordered a vigilance probe into the corruption charges made against Pasupalak on December 9, 2018.

However, Vice-Chancellor of Utkal University, Prof Soumendra Mohan Patnaik was given additional charge of Odisha University of Agriculture and Technology (OUAT) on March 1 and Prof Surendra Nath Pasupalak went on leave.