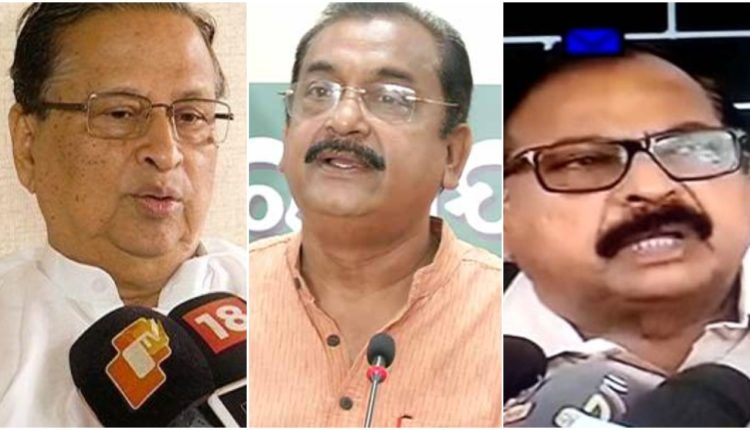 Bhubaneswar: The opposition Congress and the BJP on Saturday came down heavily on the Odisha government for having failed to restrain the Andhra Pradesh government from conducting panchayat elections in the border villages of the state.

“Today is a sad day for the people of Odisha as the state government has utterly failed to safeguard the border areas. What the Odisha government was doing when Andhra Pradesh announced the elections in three villages of Kotia Panchayat two months ago? It was in the eleventh hour that it reacted to the situation and moved the Supreme Court, which was of little use,” president of the Odisha  Pradesh Congress Committee (OPCC) Niranjan Patnaik told mediapersons here.

Referring to the gross inaction of the state government in the Mahanadi river water disputes, he said that these two incidents reflect the utter apathy of the government towards its land, water and forest.

Expressing grave concern, senior Congress leader Narasingha Mishra termed it as an attack on one state by another. “All I can say is that this unprecedented situation has occurred due to the weak leadership in Odisha,” he maintained.

In his reaction, BJP state president Samir Mohanty said the manner in which the Andhra Pradesh government successfully conducted Panchayat elections in the border villages of the undivided Ganjam and Koraput districts speaks volumes about the insecurity among the villagers.

Commenting on the issue, BJD leader Sashi Bhusan Behera said that while the implementation of several welfare programmes by the Odisha government is underway in the border villages, the manner in which the neighbouring state has infiltrated into the border villages and is trying to influence the people through its developmental activities will heighten the tension between the two states.

“It is the responsibility of the Centre to diffuse the tension between two states. The Odisha government has taken the legal recourse by filing a writ petition in the Supreme Court against the Andhra Pradesh government for illegally holding Panchayat elections in its border villages. As the matter is sub-judice, there should not be any politics over it,” Behera pointed out.