Pandemics In History- 8: Disease As Weapon

As far back as 1000 BC, the Chinese are supposed to have poisoned water sources of their enemies with arsenic.  In fact, poisoning or infecting water sources seems to have been a common strategy. The Romans had poisoned the wells of the besieged enemy cities in 130 BC. In the 12th century, the Holy Roman Emperor, Barbarossa is supposed to have used bodies of dead soldiers to poison the wells of enemies. And as recently as in the 1948 Israeli War of Independence, the Red Cross had accused the Israeli militia of releasing the typhoid bacteria into the water supply of the city of Acre, causing an outbreak of typhoid.

The most well-known story of biological warfare in history is linked to the deadliest pandemic in history, the Black Death. It is well established that the plague arrived in Europe at the port of Messina on Genovese trading ships fleeing Kaffa, a Genoese trading port in Crimea. According to many historians, when the Mongol hordes got affected by plague themselves and were on the verge of abandoning their siege of Kaffa, they used catapults to throw diseased corpses inside the city walls. The plague then spread within the city, leading to some Italians fleeing the city on ships carrying the plague with them to Italy and thereby Europe. 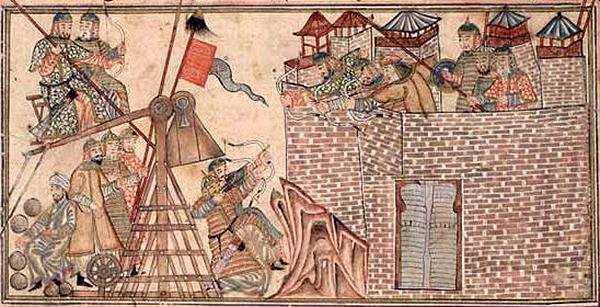 Another well known story of biological warfare is from the wars between the British and the native Indians in America. When the British were besieged by the Delaware Indians at Fort Pitt (which became Pittsburgh) in 1763, they gifted the Indians two blankets and a handkerchief already contaminated with small pox hoping that disease would lead to ending the siege. The attempt has been well documented though the impact has been debatable though the Indians did suffer an outbreak of small pox soon after. Similarly, the small pox epidemic that ravaged the Aborigines in Australia in 1789 has been argued as a case of deliberate infection.

Also Read: Pandemics In History 2: Rats And The Plague

Also Read: Pandemics In History 3: From Rats To Bats

The development and use of biological weapons in the 20th century is well documented understandably. With the support of scientific advancements, countries started researching and trying out efficient ways of using disease as a biological weapon. By 1933, Japan had built a bioweapons lab in Manchuria, where the notorious Japanese army doctor Shiro Ishii was testing such weapons on Chinese prisoners. Many countries were quick to follow. The US also set up a bioweapon research facility in Maryland. Both the US and the former Soviet Union had developed the technology to spread Yersinia directly and efficiently as an aerosol.

The research and development of biological weapons using disease became so widespread and alarming that most of these countries came together in 1972 to ban them in the Biological and Toxin Weapons Convention. The Soviet Union, however, was believed to be secretly developing biological weapons and that was later confirmed when Dr. Vladimir Pasechnik defected in 1989 and confirmed the rumours.

Also Read: Pandemics In History 4: A Tale Of Two Countries

But the weapons that were being developed were targeted unlike the biological weapons in thrillers and science fiction, which targeted the human race including the people developing it. Soon after COVID-19 broke out, excerpts from the novel Eyes of Darkness by Dean Koontz became viral and it was hailed as a prophetic novel for talking about Wuhan-400, the germ developed at the lab outside Wuhan, and which can wipe out entire cities and countries. What many do not know is that this novel was first published in 1981 at the height of the Cold War, and the germ was called Gorky-400 in the first edition. When the 2nd edition was published in 1989 at the end of the Cold War, it was renamed as Wuhan-400 as China was the new threat to the US. 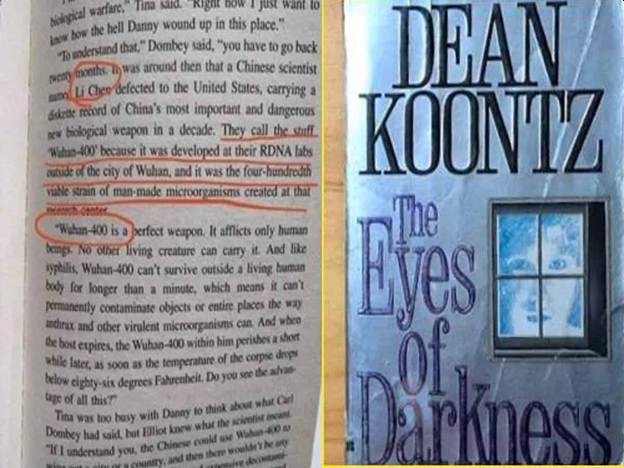