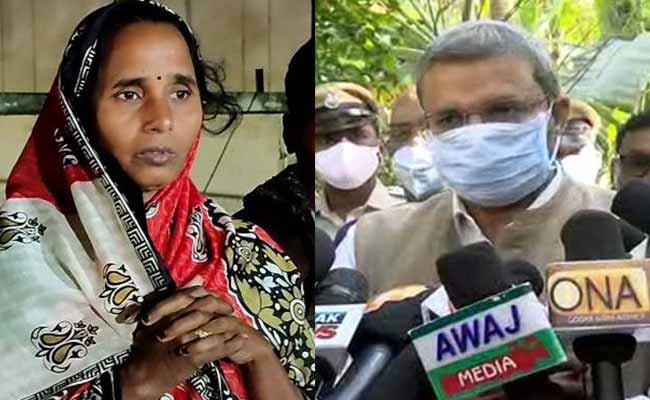 Nayagarh: Mother of Saroj Sethi, the youth arrested in connection with the Nayagarh minor girl rape and murder case, filed a complaint against the SIT chief Arun Bothra at Nayagarh Sadar police Station on Tuesday.

Talking to the media, Sailabala Sethi has accused the SIT chief of torturing her son and forcing him to recreate the crime scene.

“Yesterday, the SIT had brought my son to the village to recreate the crime scene. But, they took him away as my son refused to comply claiming that he is innocent. The SIT officials told my son that as you are poor and your father is dead, you own up the murder and in return, we will provide you cash Rs 5 lakh,” Sailabala added.

Meanwhile, evacuation of water from the pond in Jadupur village, near where the skeletal remains of the minor girl were found, began on Tuesday in the presence of SIT officials.

The SIT decided to evacuate the pond water suspecting that the assailants might have thrown the weapons used in the girl’s murder in it.