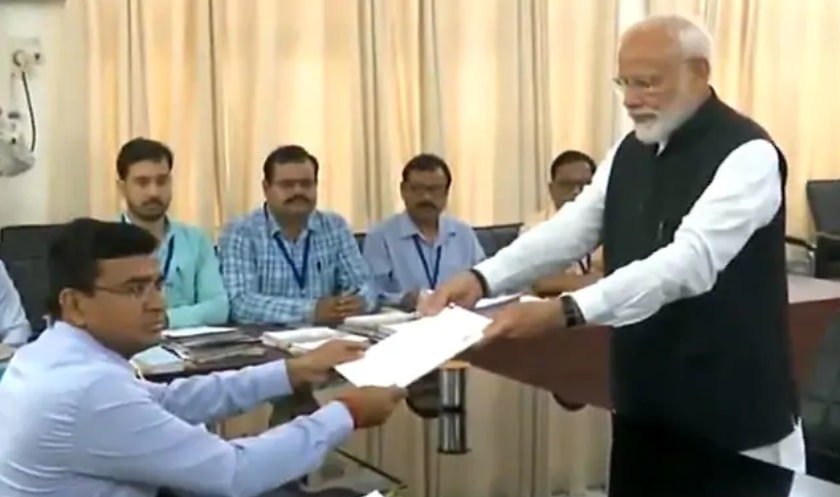 Prime Minister Narendra Modi on Friday filed his nomination from the Varanasi seat for the Lok Sabha elections.

On Thursday, the PM held a mega roadshow in the Holy Town, drawing massive crowds, that culminated in a show of strength with ‘Ganga aarti’ at Dashashwamedh ghat.

Elections in Varanasi will be held on May 19 in the last and final phase of the national elections.