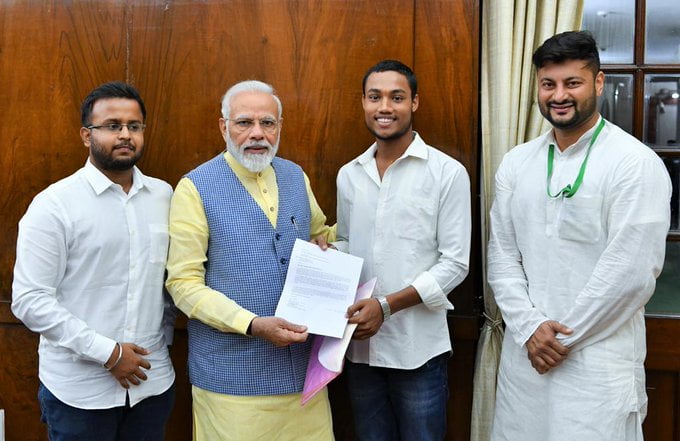 The two students — Krishnakant Sarangi (engineering) and Subhrajit Barik (zoology) — had earlier expressed a desire to meet the President and Prime Minister over the Mahanadi river water dispute.

Farmers of Odisha were suffering because of the construction of barrages on the river in Chhattisgarh, they had argued.

The Kendrapara MP had requested the President and PM to spare some time and meet this young duo from Odisha as they had come with lots of hope and some interesting suggestions on resolving the issue.

He took to his official Twitter handle and posted a picture of the meeting.

PM Modi assured them of a quick resolution of Mahanadi issue, praised them for cycling from Odisha to submit their plea and thanked them for reposing faith in him, Anubhav tweeted.