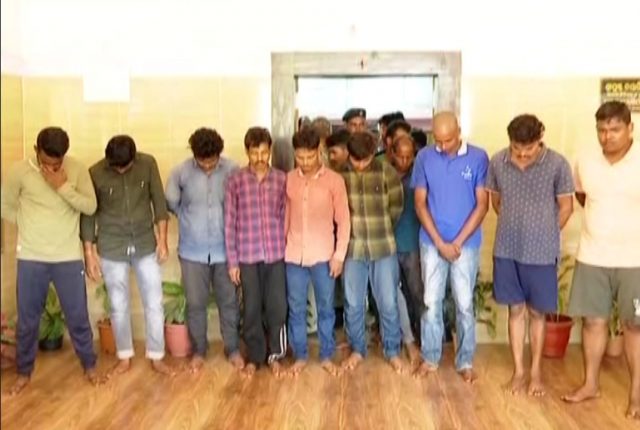 Bhubaneswar: Twelve brokers were arrested from the All India Institute of Medical Sciences (AIIMS), Bhubaneswar on Friday for allegedly collecting money from patients on the plea of helping them.

Acting on a tip-off, Khandagiri Police carried out an operation at the AIIMS posing as patients and caught the brokers red-handed while they were brokering and selling the ticket for Rs 5000 each, sources said.

Though free medical services are provided at the premier institute, the accused persons were selling the tickets in black to the patients visiting AIIMS for treatment for Rs 4000 to Rs 5000.

The number of arrests may rise further as efforts are on to trace others involved in the racket, a senior police officer told media.

Preliminary investigation showed that the accused brokers are residents of Khandagiri area in the state capital.

It is pertinent to mention here that Odisha Health and Family Welfare (H&FW) Department had issued instructions for strict monitoring and a necessary crackdown on brokers, who indulge in diverting patients from Out-Patient Departments (OPDs) of different government hospitals to private healthcare facilities on October 28.

The H&FW Department had stated that the station-in-charge of the local police station should be intimated about the matter for the detention of such elements and initiation of appropriate legal action against them.

Is Reliance Entering The Salon Industry?