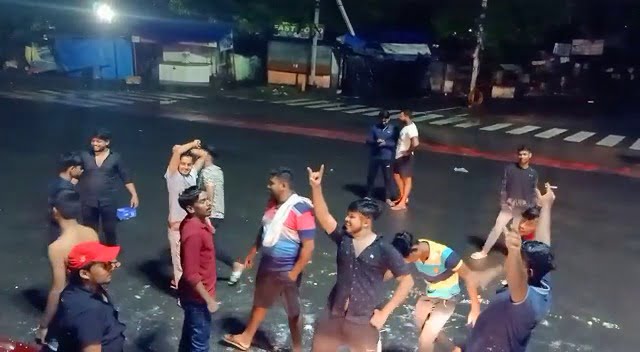 Bhubaneswar: A team of Commissionerate Police is raiding the house of KBN gang leader Bubu Jena, son of a policeman, at Talabania near Pokhariput in the capital city.

Bubu is the gang leader of Rakta Charitra (KBN Group) which comprises of 29 members. Of them, 9 members have come under legal custody. While five are already in jail, two members – Chenga and Sanjay – had surrendered before police on Tuesday.

Bubu is absconding but his family members claim that he is innocent and is a victim of bad friendship who are trying to trap him in the case because he is the leader of the gang.

The raid team of Nayapalli police had found that there were false roof or some hideout places in the house of all gang members where they had hidden the weapons.

It may be mentioned that the KBN gang drew police attention after a local news channel telecast a video showing over two dozen members of the gang brandishing sharp weapons and a gun, driving an SUV and dancing on the middle of the national highway near CRP Square in the city.

Who Is Malala Yousafzai’s Now-Husband Asser Malik? When Did They Meet?