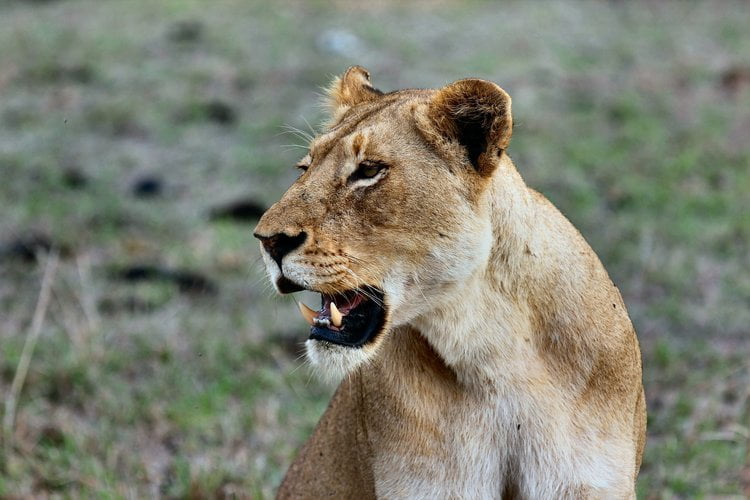 Authorities at an American zoo were shocked to see a lioness biting its male mate and fatally wounding him. The aggressor was Zuri, a 12-year-old lioness. The victim, Nyack (10), was the father of Zuri’s three cubs.

Shockingly, the couple’s three-year-old daughter, Sukari, stood and watched the murderous attack. Nyack succumbed to his wounds a few days later. The incident happened at the Indianapolis zoo in October last year.

“Our Zoo family is sad to announce that 10-yr-old male African lion Nyack has died. Earlier this week, he was injured during a physical incident with female lion Zuri. We will conduct a thorough review to attempt to understand what may have led to this,” a zoo statement said.

“Zuri and Nyack had three cubs together three years ago. Nyack was a magnificent lion and he will be greatly missed,” it added.

The case of leonine violence has baffled zoo officials and experts alike. They claimed that prior to this incident, they had never known a lone lioness to have attacked and killed a lion in one-on-one combat.

Well Zuri’s murderous rage may have been a rare incident, but such femme fatales are not unknown in the wild. In fact, the desire for physical intimacy proves fatal for males of several species.

Take the case of guppies, a popular aquarium fish. The female of the species risk their lives to avoid persistent Casanovas, says a study published in the journal American Naturalist. British researchers have found that female guppies swim in habitats that contain few males, but many predators. Brightly-coloured male guppies are big show offs when it comes to courtship. Unsuccessful males, however, attempt sneak sex with the females. Left with no choice, the females, which are dull brown in colour, rush to waters infested with predators. The males’ bright colours attract predators, making it too dangerous for them to follow. Male guppies really swim in troubled waters!

In some cases, the females take it in their own hands, or rather legs, to teach the males the lesson of their lives. The female black widow spider kills and then eats its male partner after mating. It’s another matter that the male spiders encourage their partners to kill them slowly because it increases the time spent in mating, and thus the number of eggs fertilised by its sperm. Sex will make a martyr of any man!

Sometimes, however, the females are more prudent. They leave it to the rival males to sort it out among themselves. For instance, the female rhino stands aside as two males in heat fight it out for her sexual favours. The victor gets the female and the loser goes away to lick its wounds. Surely, a well-built boyfriend is a big deterrent to a roadside Romeo.

The female koel, on the other hand, flies in a zigzag fashion to evade the male’s ‘flights of fancy’.

Notwithstanding their aggression or coyness, female animals do seem justified in trying to escape unwanted male attention. Females living in the wild routinely fall prey to sexual harassment and male chauvinism, say researchers at University of California, San Diego.

During mating, the female moose is subject to excessive biting and nipping. The male has no qualms about using sheer, brute force to overpower his sex partner. The female, accustomed to this ‘male torture’ across generations, doesn’t even realise that it’s wrong. Section 498A anyone?

Balasore Mechanic Dreams Of Soaring High, Makes His Own Helicopter