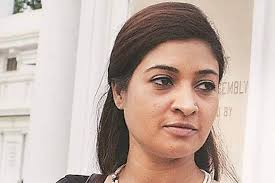 AAP’s Chandni Chowk MLA Alka Lamba on Saturday claimed that she was removed from the party’s MLA group on WhatsApp after she praised Naveen Patnaik for winning a fifth term as chief minister of Odisha.

Various news agencies and NDTV quoted Alka as claiming that her comment had not gone down well with the AAP leadership. Party chief Arvind Kejriwal is a member of the group.

Screenshots from the WhatsApp group, that Alka shared on Twitter, shows that AAP’s North East Delhi candidate Dilip Pandey had removed her from the group.

Alka lashed out at Kejriwal, asking him why she was being held responsible for the party’s crushing defeat in the Lok Sabha elections.

“I have always been telling the party what you (Kejriwal) are telling them now. I am sometimes added to the group, sometimes removed. It would have been better if a meeting was held to introspect, look at the shortcomings and move ahead,” she said.

Alka was removed from the group last December too, when she raised objections to the party’s resolution to revoke Rajiv Gandhi’s Bharat Ratna. She was added before campaigning for the Lok Sabha polls began and was expected to campaign for the party but refused to do so after she was asked to walk behind Kejriwal’s car during the show.