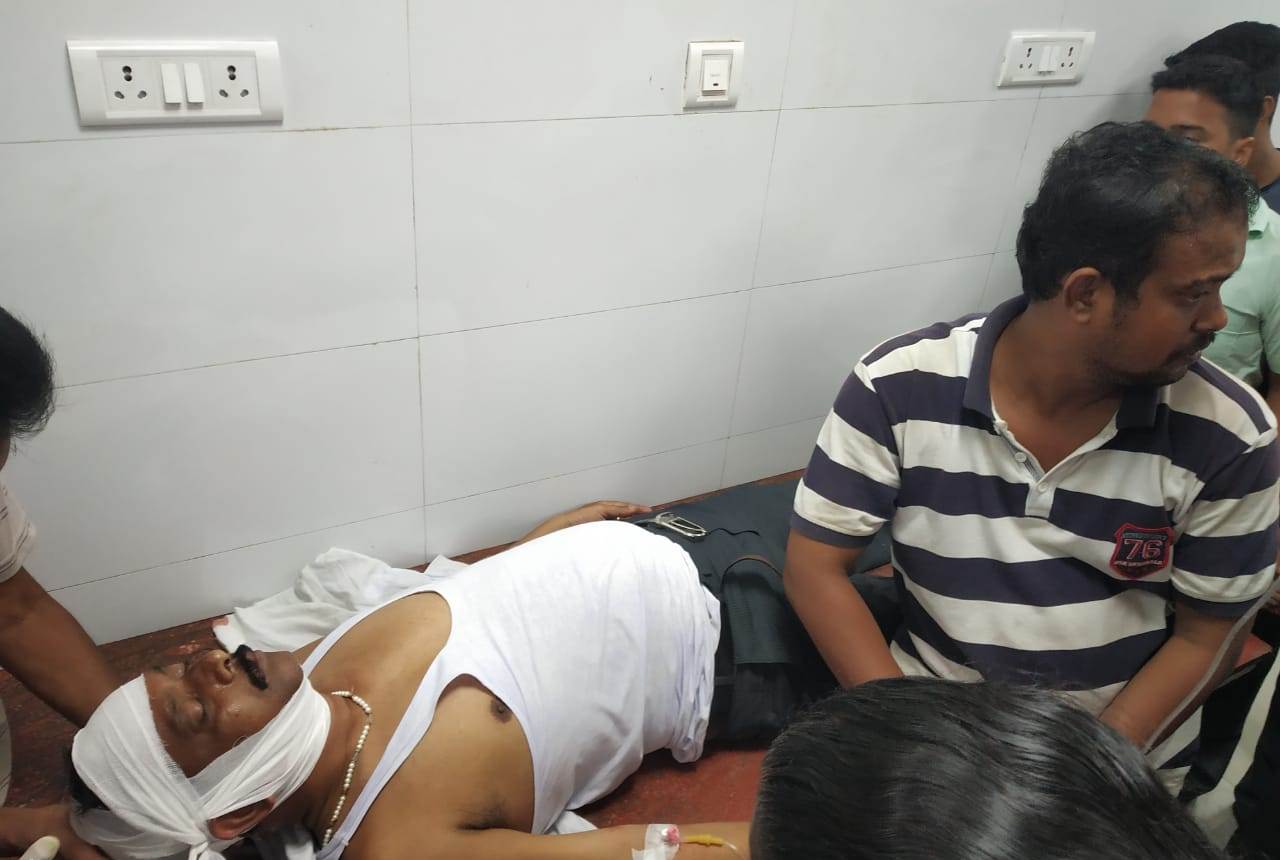 This took place hours after bombs were hurled at the vehicle of BJP MLA candidate from Bhubaneswar (Central) Jagannath Pradhan near Delta Square here.

Both incidents of pre-poll violence happened as campaigning for the third phase of elections came to an end at 5 pm. Polling is scheduled on April 23.

Jena was rushed to Capital Hospital, where doctors put stitches on his head. He was underwent a CT scan test to ascertain no glass piece was stuck on his head. Hospital sources said he was stable. He has also suffered injuries on his arms.

Three associates of Jena were also injured in the attack and they are undergoing treatment at the hospital.

The BJD was quick to blame the BJP for the bombing incident. “No civilised society will tolerate such barbaric incident of violence. The BJP is perpetrating such incidents as it is scared to lose the elections. It wants to turn Odisha into Bihar and UP,” BJD youth leader Chinmaya Sahoo alleged.

BJD’s charges followed the BJP accusing the regional party of being involved in pre-poll violence. The saffron party alleged that Pradhan’s vehicle was attacked at Delta Square here with crude bombs and stones when he was returning after wrapping up his campaigning. Pradhan escaped without any major damage but the window glasses of his vehicle were badly damaged. Oil minister Dharmendra Pradhan accused the BJD of hooliganism and demanded the Election Commission to look into the matter.

Police sources said they are investigating into both the cases.

The 2019 elections in the state have turned out to be quite violent. Earlier, Khurda (Zone-9) Mandal president of BJP Manguli Jena was shot dead by unidentified miscreants while was returning from the house of BJP Khurda Assembly candidate Kalu Khandayatray with his brother Bishnu Charan Jena at Khurda on the night of April 14.