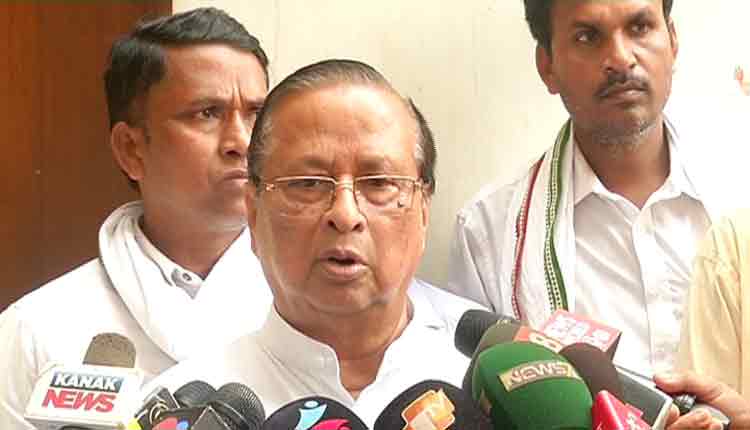 Keonjhar: In yet another case of poll-related violence, at least six Congress workers were injured when Odisha Pradesh Congress Committee (OPCC) president Niranjan Patnaik’s vehicle was attacked while he was moving in Ghasipura assembly constituency in Keonjhar district on Sunday.

The incident took place at Bhandaripoda under Ramachandrapur police station, an hour after campaigning for the third phase of ongoing simultaneous elections ended at 5 pm. Ghasipura, where polling will be held on April 23, is witnessing a high-profile battle between Niranjan and BJD’s minister Badri Narayan Patra.

Eyewitnesses said Niranjan escaped unhurt, but at least six of his supporters were injured. Two of them were hit with stones and sustained head injuries. Some BJD workers allegedly stopped Niranjan’s convoy and questioned as to why he was campaigning beyond the deadline, leading to heated exchanges and clash.

Niranjan alleged that Patra orchestrated the attack through his acolytes. Patra, in turn, dismissed the allegation and said Niranjan was moving around the constituency with Congress hooligans from outside Ghasipura and spreading a reign of terror.

While Ghasipura has been infamous for political violence, 2019 elections saw the murder of Ramachandra Behera in March. Behera was killed a day before he was supposed to quit Congress and join BJD.

Police said they are investigating into the case.

417 Candidates In Fray For 3rd-Phase Polls In Odisha