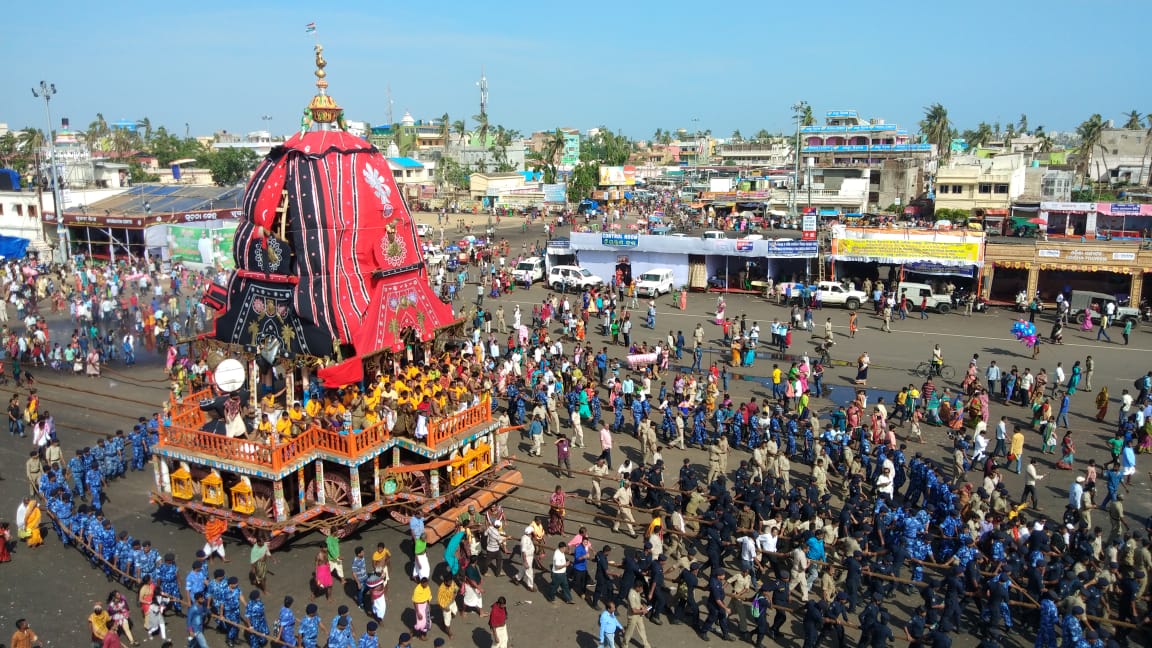 Puri: The Puri district administration has begun the process for the Bahuda Yatra of the sibling deities scheduled on July 12.

Puri SP Uma Shankar Das told the media on Wednesday that the devotees will have Navami darshan of the deoities at Gundicha temple till 7 pm on Thursday. After that, darshan will be closed as the sevayats will begin the rituals.

Talking about the preparation for Bahuda Yatra, the SP said elaborate security arrangements have been made for the smooth conduct of the festival. As many as 45 platoons of police will be deployed for traffic management, he added.

While the chariots of Devi Subhadra and Lord Balabhara were turned towards the south at the Nakachana Dwara of Gundicha temple on Tuesday, the chariot of Lord Jagannath was turned southward on Wednesday.