Puri Airport Plan May Run Into Rough Weather; Know Why 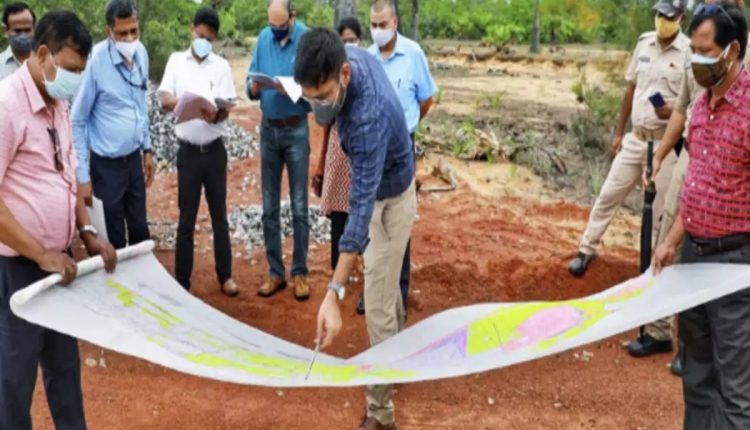 The recent announcement by the Odisha government with regards to the Airport Authority of India’s green signal for the International Airport near Puri came with the note that it fulfilled all the required criteria.

The pantomime of this dream airport started when Chief Minister Naveen Patnaik, in a letter to Prime Minister Narendra Modi on January 1 this year, sought to establish an international airport named after Lord Jagannath in Puri. The Cabinet Minister from Odisha, Dharmendra Pradhan, too joined the chorus and a team was promptly sent to Puri for identifying the location.  It was all a game of one-upmanship, each trying to take the credit.

In rocket speed, an area of 1,500 acres on the western outskirts of the town at Girala mouza was identified and the so-called “experts” were quick in remarking that the airport will have no problem with the wind speed and direction.  Initially, the proposed airport will have a single runway; however, a parallel runway in the future would entail another 2300 acres. On July 5, Commerce and Transport Minister Padmanabha Behera said that the proposed international airport could be ready for operations by 2022-23.

Pipe dreams all. The so-called “experts” have absolutely no knowledge at all about setting up airports in coastal areas.  Puri perhaps today is the only place in the world where an international airport is being planned near the coast. That too in the vicinity of another International Airport, which is only 15 minutes flying time away.

A recent study by scientists at Newcastle University shows that hundreds of coastal airports are at risk of severe flooding with rising sea levels, triggered by global warming. The study called, Global Analysis of Sea Level Rise Risk to Airports, was conducted by Newcastle University’s Professor Richard Dawson and Aaron Yesudian of the University’s School of Engineering. It studied 14,000 airports worldwide and gave a report that more than 260 airports around the globe are currently at risk of coastal flooding, and dozens could be below mean sea level by the turn of the century.

The study shows that a temperature rise of 2 degrees Celsius, which is consistent with the Paris Agreement, will eventually lead to hundreds of coastal airports going below mean sea level and hundreds more at risk of severe flooding. Incidentally, airports in Asia and the Pacific topped the list. “These coastal airports are disproportionately important to the global airline network, and by 2100 between 10 and 20 per cent of all routes will be at risk of disruption,” the report said.

Depending on the amount of global warming in the coming decades, as many as 572 airports could be at risk by 2100.

The last decade was the hottest ever recorded on Earth, and the Arctic experienced its second-warmest year on record last year. Sea level rise can also make the impacts of extreme weather worse by pushing deadly and destructive cyclonic storms inland, something we have seen in the Bay of Bengal in recent times.

The multifold risks of airports next to the sea have been the subject of study in the last few decades.  There has been a multitude of damage and disruption in coastal airports in recent years due to cyclonic storms. In the global list of airports at highest risk,  East and Southeast Asia and the Pacific dominate. Bangkok’s Suvarnabhumi Airport topped the list.  In Japan, the Kansai International Airport was wrecked by Typhoon Jebi in 2018. Major airports in storm-vulnerable regions such as Hong Kong, Taiwan, Japan, the Philippines, Thailand and India have repeatedly suffered shutdowns and damage due to typhoons. Hurricane Sandy had resulted in the closure of all three New York-area airports. Cyclone Amphan left Kolkata airport flooded, damages ran into Rs 50 crore. Cyclone Tauktae too resulted in the closure of Mumbai airport. Even airports of Surat, Vadodra and Ahmadabad were badly affected.

These incidents illustrated the growing power extreme weather events can have on airports situated close to the sea. Visuals of flooded runways, collapsed hangars and broken terminals are common after every storm. Cyclone Fani had damaged the Bhubaneswar airport extensively, resulting in its closure for five days, although it was a good 50 km inland. Imagine what would have happened to an airport on the coast.

Architect Aloukika Mohanty is of the opinion that airports are high roofed hollow structures with hangars, concourses, terminals, towers etc. The vulnerability of such structures during storms, winds and rain is very high. She gives the example of the Malatipatpur Bus Stand on the outskirts of Puri, the roof of which was completely blown off during Cyclone Fani. Such an ill-planned structure should have never been approved in the vulnerable zone.

Noted environmentalist Biswajit Mohanty has stressed the impact of such coastal airports on the delicate coastal biodiversity. Besides air pollution and increased levels of CO2, NO2 and Sulphur oxide, there will be habitat degradation with the replacement of vegetation and contamination of grasslands. The airport will be in the direct fly path of the migratory birds which come to Chilka Lake. The sheer number of trees that will have to be felled will harm the already stressed coastal ecosystem.

According to activist Hector Mishra, who has spearheaded many issues of Puri, the airport is just a dream which is being dished out to the simple folk of the Pilgrim Town. He is highly sceptical about the Minister’s claim that the airport will be ready and operative by 2023. According to him, an international airport takes 8-10 years to be completed, the new airports at Mumbai and Delhi are examples. The state government has not even been able to upgrade the existing airstrips at Utkela, Jeypore and Gopalpur in the last few years, leave alone making any new airstrips. While the government is unable to relocate the multitude of mutts that were demolished, citing non-availability of suitable land, it promptly agreed to hand over such a large tract for this foolhardy project.

A very high placed meteorological expert, under conditions on anonymity, is of the opinion that an airport in such a cyclone-prone area will be a disaster. He also admitted that no expert opinion was taken from weather experts before the project was announced.

The adverse impacts caused by tropical cyclones due to climate change have become increasingly important in recent years. To assess tropical cyclone risk, the direct economic damage is frequently modelled based on hazard intensity, asset exposure, and vulnerability.

The government should immediately stop this pie-in-the-sky unrealistic project and not waste scarce public money. We have seen what happened during the POSCO imbroglio; over 55 thousand trees were chopped down, kilometres of barbed wire fencing and boundary walls made and valuable agricultural land dug up.  The people of Puri have seen enough castles in the air in recent years, enough is enough.

(The writer is a noted historian and member of INTACH. The views expressed in this article are those of the author and do not represent those of the website)

Can You Guess The Most Educated Cricketer Who Played For Team India?