Rituals & Services: Know The Duty-Bearers Of The Lords 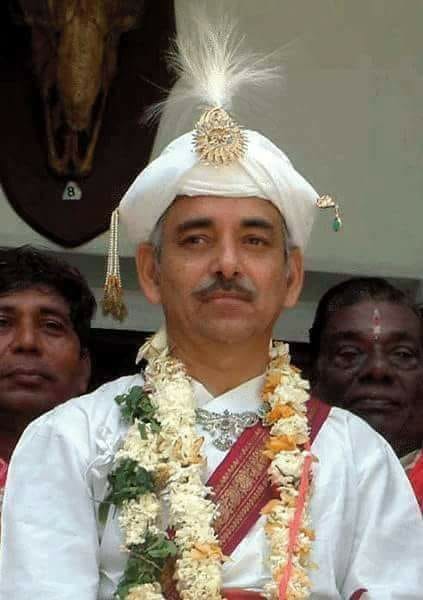 Puri: Different servitor communities are engaged to perform specific rituals of the Lords of the Jagannath Temple in Puri during Snana Yatra and Rath Yatra. Most of the servitors enjoy hereditary rights to perform these services. In 13th Century AD, there was provision of ’36 Nijogas’ or 36 types of sevakas. A report by Puri Collector, during British rule in 1805, mentions 36 types of servitors.

The Adi Shankaracharya in the 8th century AD, perhaps in 810 AD, had visited Puri and set up the Govardhan Mutt.

The Adi Shankaracharya introduced the ritualistic procedure in the temple. It is said that by using his inner eyes, the Shankaracharya had found idols of Lord Balabhadra, Devi Subhadra and Lord Jagannath kept in the Patali (underground) to save them from the invaders.

The Shankaracharya traditionally plays an integral role in some of the rituals associated with Rath Yatra, especially before the pulling of the chariots.

The Gajapati Maharaja of Puri is considered as the first and foremost servitor of the Jagannath Temple. During Rath Yatra, he performs the Chhera Panhara (sweeping) ritual on the three chariots with a golden broomstick.

After Snana Yatra, the Daitapati servitors perform secret rituals of the Lords inside the Anasara Griha (sick room).

It is said that the Daitas are the decedents of the Shabara chief Biswabasu, who was worshipping Lord Jagannath before the Lord came to this temple. Between Snana Purnima and Rath Yatra, the Daitapatis perform a series of secret rituals of the Lords in the Anasara Griha for 15 days. No other servitor is allowed to enter the room except Pati Mahapatra, the head of the Daitapatis, under whose instructions the secret rituals are performed.

During Snana Purnima, the sibling deities are bathed with 108 pitchers of perfumed water from the golden well near the northern gate of the temple. A group of sevayats called the Suna Goswami draw water from the well.

The Suna Goswamis, while drawing water from the well, cover their mouths with a piece of cloth so that the water remains uncontaminated. The water is preserved at Bhoga Mandap and perfumed with flowers, turmeric and sandalwood.

The colours on the face of the idols fade after water is poured on Bigrahas (idols) on the auspicious occasion of Snana Purnima. During the end of the Anasara period, the Datta Mahapatra paints the faces of the deities. This secret ritual is known as Banaka Lagi.

Another unique ritual is performed during the Rath Yatra by a group of servitors known as the Ratha Dahukas, who sing songs during the pulling of the chariots. This is a traditional practice which was drawn from 8th-century tantric literature.

It was believed that until the Dahukas sing the songs, the chariots do not move. But, as the content of the songs was extremely vulgar and provocative, the practice was banned in the mid-1990s.