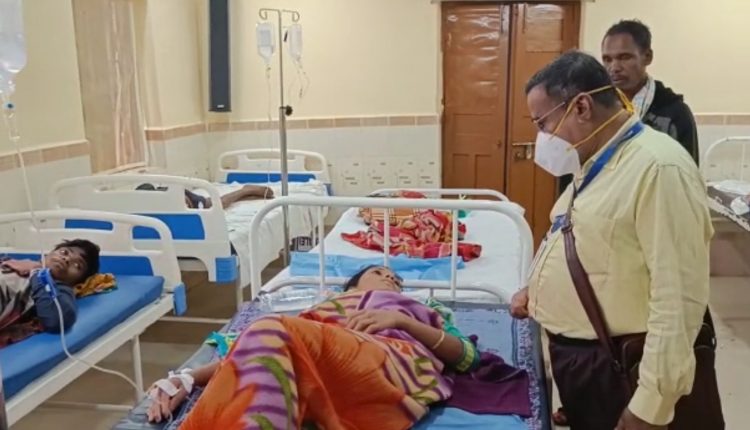 Rayagada: With cholera continuing to spread in Kasipur block of Odisha’s Rayagada district, a team from Regional Medical Research Centre (RMRC) at Bhubaneswar visited the affected villages for second time on Friday.

The RMRC team led by Dr Bibhuti Bhusan Pal went to the villages and collected the samples of water from different sources used for consumption by the villagers and stool of the patients. The team would also make a survey by going to each village and hospital where the patients have been admitted to know the situation.

Speaking to media persons, Dr Pal said, “The main purpose of our visit is to ascertain the bacteria causing the disease and its spread to new areas. We would collect the samples and test in our laboratory.”

On possible reasons of the spread of the disease, he said lack of awareness about personal hygiene and consumption of polluted water are mostly responsible for it. “During my interactions, the patients said they used to go to forest for collecting firewood and drink water from the stream directly. When they have disrrhoea and vomiting, they take some medicines from quacks instead of consulting the medical practitioners. As a result, their condition deteriorates. The disease is also spreading on physical contact due to unhygienic practices in homes,” he said.

However, Dr Pal said the number of cases has come down and hoped that it would subside in a few days.

Meanwhile, the number of infected persons has gone up to 325 and around 25 villages under the block are in its grip. As many as 12 persons have died of cholera in the block so far.