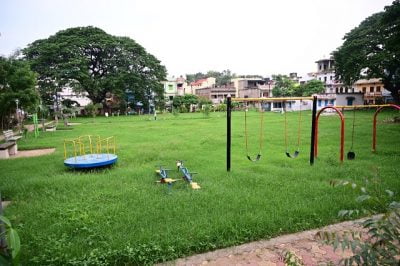 Rourkela: Rourkela has won a berth in top 10 cities in the country in ‘Nurturing Neighbourhoods Challenge’ of the Ministry of Housing and Urban Affairs.

The cities that made it to top 10 list are Bengaluru, Hubballi-Dharwad, Rourkela, Indore, Jabalpur, Kakinada, Kochi, Kohima, Vadodara, and Warangal. The ‘Nurturing Neighbourhoods Challenge’ was launched by the Smart Cities Mission of the Ministry last year.

Initially, the Rourkela Smart City Limited (RSCL) and the Rourkela Municipal Corporation (RMC) were shortlisted for the challenge by the Ministry after they submitted their pilot projects for the neighbourhood challenge in February, 2021. The Steel City was selected from among 63 cities.

The RSCL and RMS had submitted the proposals on public spaces, streets, transport, health services, childcare and caregivers. In the next round of challenge, the shortlisted 25 cities were provided technical assistance for citizen participation, implementation of the pilot projects and building consensus for their proposals for seven months.

The finalists were selected after evaluation of the proposed projects and their implementation by a jury consisting of representatives from the Ministry, BvLF and experts in urban design, early childhood development and behavioural change.

“Happy to note that Rourkela is one of the Top 10 Cities in the ‘Nurturing Neighbourhoods Challenge’. Under the programme, future plans are being made to provide children with a variety of components, a better environment, and to build better relationships between senior citizens and children in urban slums,” said the collector.

Envisioning holistic development catering to the most vulnerable parts of the city, RSCL and RMC have jointly taken measures to create learning-based play areas for underprivileged children and the community at Malgodam and Leprosy Colony, towards strengthening healthy development in the early childhood years.

Dr Subhankar Mohapatra, CEO, (RSCL) said, “Nurturing Neighbourhoods Challenge helped us visualise and see how much we can do for infant, toddler, and caregiver communities in our city. This becomes a platform for us to work in the areas of early childhood education, mother and children’s health, slum development, women freedom under the umbrella of infant, toddler, caregiver-friendly and children-friendly city.”