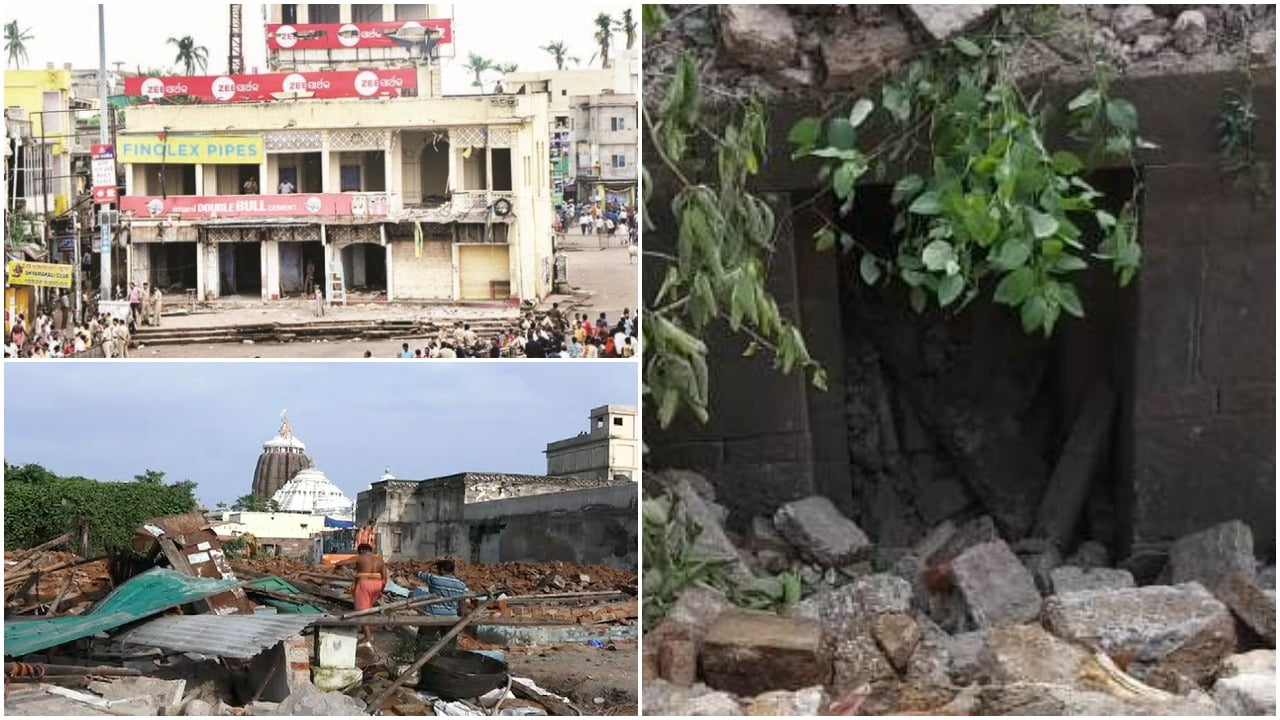 Puri: Emar Mutt, reportedly the wealthiest monastery in Odisha, has more secrets buried beneath its five-acre premises near Singhadwar (Lion’s Gate) of Jagannath Temple than what is known to the public.

A demolition drive unearthed two mysterious structures—an underground basement beneath the front room with three steps and a door leading to a tunnel—on Thursday. The underground chamber and tunnel were unravelled as 10 excavators easily cut through the mutt’s fragile structure made of mortar, lime and sand.

The find sparked curiosity and soon onlookers crowded at the spot for a glimpse. Many were expecting a repeat of 2011, when the state culture department had detected a secret room with 522 British-era silver ingots. Weighing about 18 tonnes, the ingots were stashed away in four sinduka (wooden lockers). The room had no doors.

This time, however, no valuables came to light.

Mahanta Rajgopal Ramanuj Das told the media that the chamber used to serve as the ‘kothi ghara’ (store room) and had helped people meet their demand for food during the famine of 1866. While remnants of grains were found in the front room, the others were home to large numbers of bats. One room had a wooden bed and some furniture.

The mutt structure, which was declared unsafe about a decade ago, was full of grass and bushes. This had prompted the administration to engage Snake Helpline members, who said that the underground chamber was about 50 ft long and 12 ft deep.

The Mahanta’s reluctance to leave his residence in the mutt while the demolition was going on has added fuel to the popular belief that huge wealth was stored in there.

He argued that the building was safe and the administration had served him no notice. However, most of the “khaja” traders operating from shops on the mutt premises, had shifted their stocks and furniture after being issued a notice Sunday night.

Even as the demolition was stopped in the evening, hundreds of police personnel stood guard at the mutt throughout the night.
Emar Mutt
Share FacebookTwitterGoogle+ReddItWhatsAppPinterestEmail