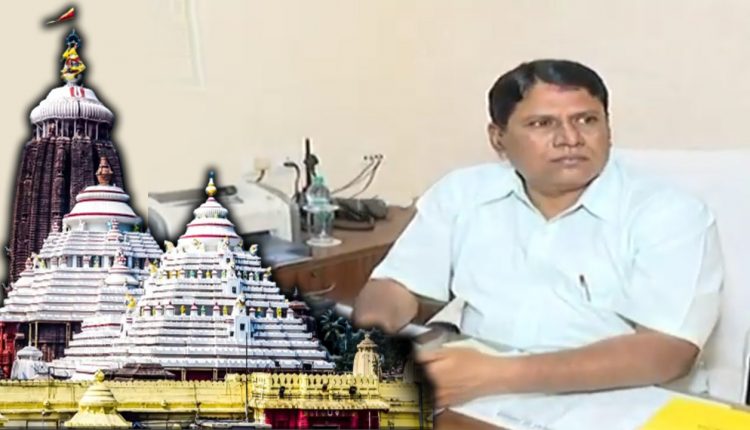 Puri: Steps are being taken to further strengthen security and deploy adequate force in Shree Jagannath Temple in Odisha’s Puri in the wake of a video and pictures of the sanctum sanctorum of the shrine going viral on social media.

Stating that mobile phones and camera are strictly prohibited inside the shrine premises, security chief of the temple V S Candrasekhar Rao said a 3-tier security net needs to be put in place in order to ensure proper enforcement of rules.

As the viral video raised serious questions over security at the 12th century shrine, Rao said the police personnel deployed at the temple do their best to check and frisk the devotees before their entry to prevent them from carrying mobile phones and other prohibited articles inside.

However, slips appear to be taking place at times due to lack of adequate manpower, he said, adding that necessary steps will be taken to step up security to prevent recurrence of such incidents.

At the same time, appropriate action will be taken in accordance with law against the person involved in the incident and Shree Jagannath Temple Administration (SJTA) has filed an FIR with the Singhadwar police station in this connection.

Apart from tightening security, the authoriteis will step up the awareness drive to inform people about the rules they need to follow while visiting the temple, Rao said, adding that frequent announcements would be made about temple rules.

According to sources, Akash Chowdhury, an ISKCON devotee and YouTuber, posted the video on his Facebook account on Saturday with a caption in Bengali.