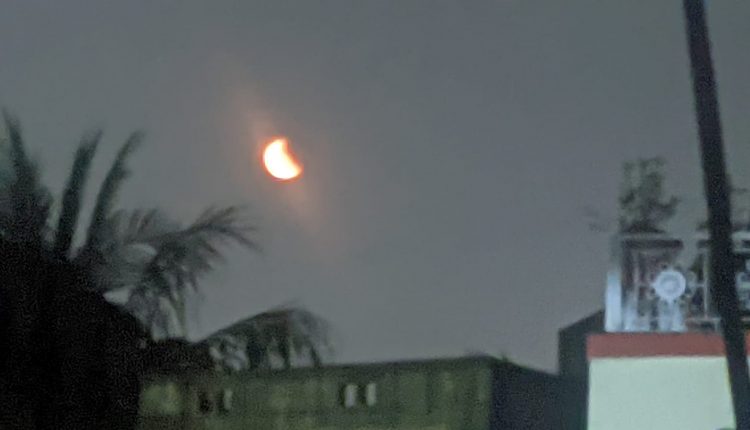 Bhubaneswar: Several parts of Odisha witnessed the rare celestial phenomenon of total lunar eclipse while the blood moon was visible for a few minutes on Tuesday evening.

In Odisha capital, the lunar eclipse started at 5.05 pm after sunset and city denizens were able to witness the total eclipse. The penumbral eclipse began to dim at 5.10 and ended at 7.25 pm. The total duration of the eclipse from moonrise to the end of the umbral phase in Bhubaneswar was 1 hour and 13 minutes.

The total eclipse was also visible in Cuttack, Sambalpur and Puri for more than 1 hour while it lasted for a little less than an hour in Koraput.

The blood moon could not be seen in all places of the state but the visibility of lunar eclipse has been reported from almost all parts in the clear sky in the evening.

It may be noted that this was the year’s last lunar eclipse. Besides, there won’t be another total lunar eclipse for the next three years, according to astronomers.