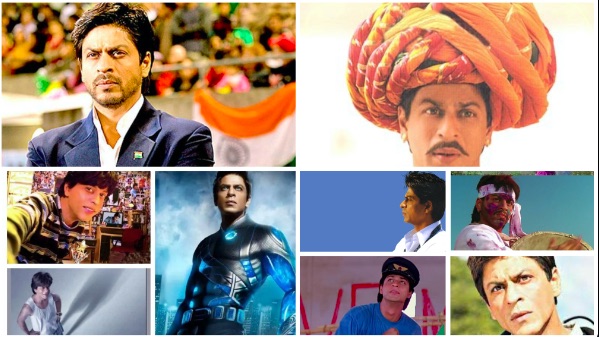 Mumbai: On his 57th birthday, Shah Rukh Khan on Wednesday shared the teaser of ‘Pathan’, which marks his return to the silver screen after ‘Zero’, in which he essayed the role of Bauua Singh, in 2018.

Apni kursi ki peti baandh lijiye…#PathaanTeaser OUT NOW! Celebrate #Pathaan with #YRF50 only at a big screen near you on 25th January, 2023. Releasing in Hindi, Tamil and Telugu. @deepikapadukone | @TheJohnAbraham | #SiddharthAnand | @yrf pic.twitter.com/eZ0TojKGga

SRK promises a high-octane action thriller journey as an undercover spy, who rises from the ‘dead’ to take down his opponents. The film also stars Deepika Padukone and John Abraham. Backed by Yash Raj Films, the film will release on January 25, 2023, in Hindi, Tamil, and Telugu. He, however, had appeared in an extended cameo in Brahmastra and Rocketry: The Nambi Effect.

The actor’s last film ‘Zero’ in which he played a vertically challenged man, who is full of charm and wit, with a pinch of arrogance, was a huge experiment but not the first for the superstar. The actor has proved his versatility time and again and on his birthday, let us go on a trivia journey on 10 movies where he appeared in a different avatar.

King Khan calls it one of his best movies and says it’s close to his heart. It will always be one wish of his that will remain unfulfilled, he did not produce the movie. He plays an aspiring musician in this romantic comedy-drama. It takes guts to portray a loser (even a lovable one) and SRK did just that in this movie.

In this mystery movie, based on Gustave Flaubert’s novel Madame Bovary, he plays a young man who has an affair with an older woman, Maya ( Deepa Sahi). A scene in the movie, in which he and Deepa were seen without clothes, drew huge criticism and he reportedly swore never to enact any such scene again. Music by Hridayanath Mangeshkar, lyrics by Gulzar and beautiful songs by Lata were the highlights of this movie.

Darr: A Violent Love Story
Darr helmed by the late Yash Chopra is regarded as the turning point of SRK’s career. He essayed the character of an obsessed lover, which is regarded as one of the highly acclaimed roles in Bollywood. Also, his stammering act gained a cult status among the masses.

Paheli was India’s entry to the Oscars. In this Amol Palekar movie, SRK plays a ghost, who disguises himself as Rani Mukherjee’s dead husband. The movie was produced by Red Chillies Entertainment and Amitabh Bachchan had a small role on request. Later when Shah Rukh asked his office to write a cheque for Amitabh, the megastar refused to accept the payment saying that he had accepted the role out of love for him.

My Name is Khan

This Karan Johar’s movie stars Shah Rukh as Rizwan Khan, who suffers from Asperger’s syndrome and embarks on a life mission to meet the President of the USA and tell him “My Name is Khan and I am not a terrorist”. At the end of the movie, he does meet President Obama.

Shah Rukh Khan nailed the character of Kabir Khan, the coach of the Indian women’s hockey team. The ‘Sattar Minute’ dialogue received applause. The 16 girls, who were picked to essay the roles of the players, underwent four-month training in the sport. Freida Pinto had auditioned for one of the roles but was not selected.

Swades tanked at the box office. However, a decade and a half later it is now considered a cult movie. SRK himself calls it the most beautiful movie he has done. He plays Mohan Bhargava, an NRI who returns to India to make a difference. Swades was the first Hindi movie to have been shot inside NASA.

This movie was ahead of its time. Shah Rukh plays a superhero. The concept of the movie is unusual – where the villain is more powerful than the hero. Superstar Rajanikanth played a cameo in the movie and so did Sanjay Dutt and Priyanka Chopra in a dream sequence. SRK fulfilled his childhood ambition to fly in this movie, one of the costliest till date.

Mani Ratnam’s iconic film was originally titled “Ladakh- Ek Prem Kahani“. Kajol was supposed to enact the role which finally Manisha Koirala did. Mani Ratnam’s had enormous praise for Shah Rukh and said the “most challenging aspect was keeping SRK’s enthusiasm in control”. The movie was based on insurgency in the northeast, a rare topic. Shah Rukh’s dance steps in the song Chaiya Chaiya are memorable and also propelled Malaika Arora to stardom. It is playback singer Sukhwinder Singh’s most popular song even today.

This movie captures the early life of Emperor Asoka. The movie was critically acclaimed but did not do well at the box office. SRK plays Asoka, Kareena Princess Kaurwaki and South Star Ajith play Prince Susima, Asoka’s half-brother and rival. Ajith is probably the only Indian film actor who is a Formula 2 racing car driver and this was his only Hindi movie.

This songless psychological thriller film is the first movie to be shot in Madama Tussauds museum. SRK has a double role in it. He plays a superstar and a look-alike-obsessed fan. Some real-life fan moments of the superstar were incorporated into the movie to give it an authentic look. SRK has often said that whatever he is it is because of his fans and it was indeed a tribute to ‘Fans’ that he did a movie based on an obsessive one. The actor is magnificent in the movie, both as the superstar as well as the young 25-year-old obsessed fan.