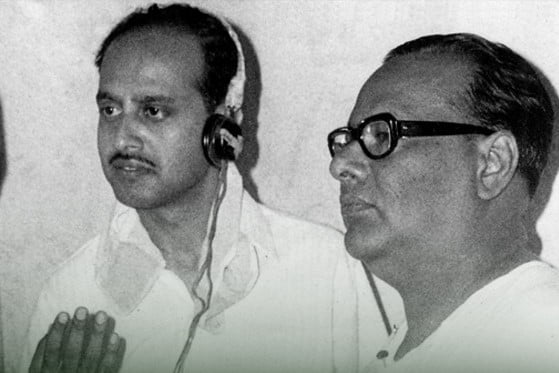 Bhubaneswar: It’s the birthday anniversary of legendary Odia vocalist Sikandar Alam. A Muslim, he made his foray into Odia movies with a ‘Jagannath Janana’ (devotional song of Lord Jagannath) and deep emotions in his voice left the listeners spellbound.

His career as a playback singer with the movie ‘Laxmi’ began on a sensational note. Though he was signed for one song, another song for the movie was later recorded in his voice.

The song was sung by noted Bengali singer Tarun Banerjee. However, Balakrushna Das insisted that it be again recorded in Alam’s voice. Re-recording the song to give chance to a new voice was definitely a bold step at that point in time.

Banerjee rendition of ‘Mane Bhari Abhiman, Jae Chhadi Brinaban’ was retained in the movie. It was only after the release of the ‘Laxmi’ that the Bengali singer got to know about it and swore never to sing in any Odia movies again.

What Sikandar Alam Had Said:

The songs of ‘Laxmi’ were recorded in Eastern Talkies Studio in Kolkata. It was my first Odia movie. The song was okayed in the first attempt. But, I had rehearsed nine times before the recording.

After a few days, a press meet was called and the audience was made to listen to six songs. Everybody praised the song, ‘Arata Sure Bare’. When the film was released, the song became a sensation in Puri. It was on the lips of every devotee.

This song had brought me into the limelight and opened the floodgates of opportunity in the Odia film industry for me.

The people at Pravat Cinema’s press meet had a problem with the pronunciations in ‘Baridare Tu Jaa Na, Jaa Na Tu Na Jaa’. I was asked to sing that song again. I went to Kolkata to record it. That song too became popular. After that Tarun Banerjee refused to sing in Odia movies.