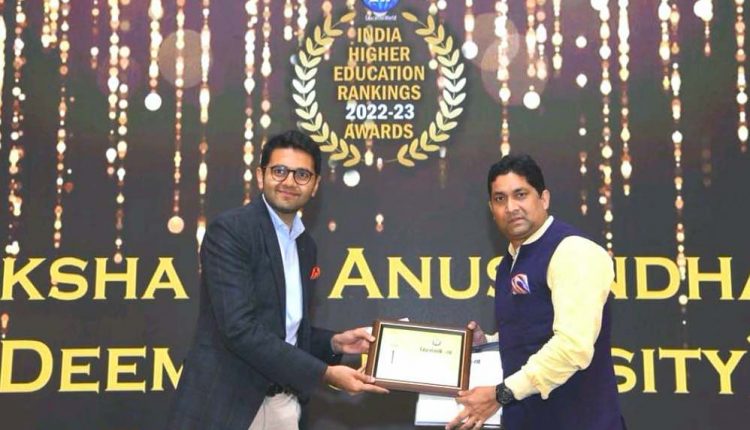 Bhubaneswar: Siksha ‘O’ Anusandhan (SOA) Deemed to be University here has been chosen to be the top university in Odisha and 20th in the country in the India Private Universities Rankings 2022-23 conducted by Education World magazine.

SOA’s Officer-on-Special Duty Pritam Nayak received the award from GrayQuest Finance Founder Rishab Mehta at a special function held in New Delhi on Saturday. More than 100 universities were in the fray, an SOA release said.