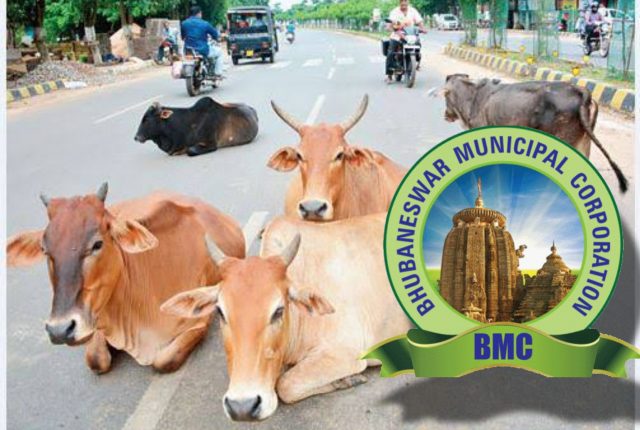 Bhubaneswar: To rid the city roads of stray cows and bulls for the Men’s Hockey World Cup 2023, the Bhubaneswar Municipal Corporation (BMC) has decided to shift 300 head of cattle to Gobinda Godham in Odisha’s Puri as the designated cattle shelters at Jamukoli and Jatni have become overcrowded.

While 1,340 have so far been shifted, 1,000 more need to be caught and taken to the shelters. “We have 827 head of cattle at Jamukoli and 513 at Jatni. We will take out 300 of them and relocate to the Godham at Brahmagiri in Puri district so that we have some room left at Jamukoli,” TNIE reported BMC deputy commissioner Ramesh Jena as saying.

The cattle (bulls and cows) will be shifted in multiple trips and the exercise is expected to be completed in two days, sources said.

Cattle catching takes place in the city every day after 11 pm so that the drive does not cause disturbance to commuters and affects vehicular traffic. On average, a little over 40 head of cattle are being caught and transported to the shelters. Three agencies have been involved with the task to speed up the drive before the commencement of the hockey event.

Notably, cows and bulls within a 2km radius of the Kalinga Stadium, the venue of the event, had been shifted to shelters in the 2018 men’s hockey World Cup.