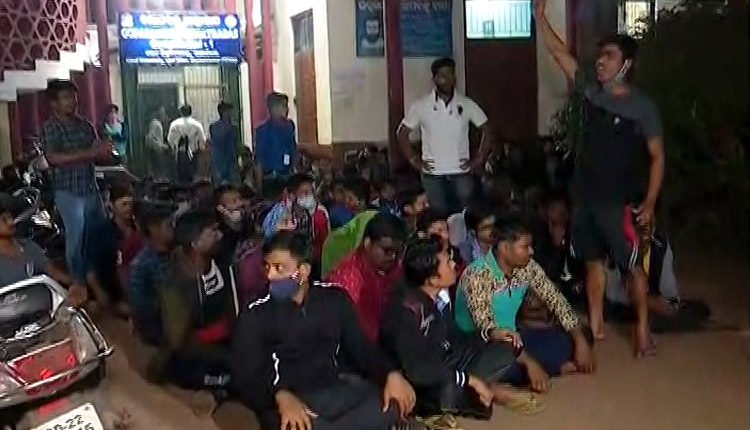 Bhubaneswar: Tension prevailed on the Utkal University premises on Monday night and police had to be called in to maintain law and order.

As per sources, a group of students were going to meet the authorities concerned to complain about the poor quality of food being served at canteen and lack of other facilities when another group, believed to be non-students, contested the claims and a clash broke out between the two.

The irate students were staging a dharna in front of Gopabandhu Hostel till the reports last came in.

Sources said some non-students attacked the hostel inmates and also used abusive languages. The students are demanding stern action against the accused, who they claimed is a BJD leader Rashmi Ranjan Parida.

A team of Commissionerate Police has been deployed at the spot to pacify the students.