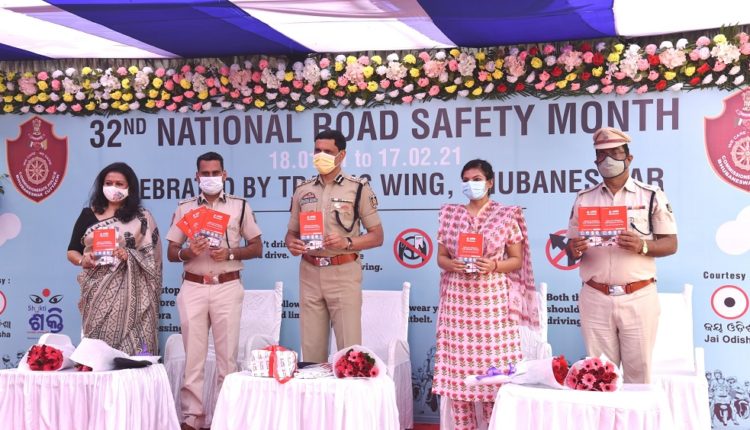 At Bhubaneswar, the Traffic Police organised a special function at Traffic PS1. The event was marked by a bike rally and provision of 25 first-aid kit boxes by AMRI Hospitals.

Addressing mediapersons, Sarangi said “We used to observe Road Safety Week every year, but from this year we will try to observe it for a month. Despite stringent traffic laws and increased fine amount people are not obeying the rules.”

Concerted efforts will be made to reach out to the masses in large number during this month-long campaign for creating awareness on road safety norms and traffic rules, he added.

Stating that most accident occur by bikes, he requested the youth to shun vehicles and use cycles. “This will have dual benefits of leading a healthy life and saving lives as well,”  he added.

AMRI Hospitals, Bhubaneswar is the Health partner of the event which will continue till February 17. On the occasion, AMRI Hospitals released a Health Manual for police personnel highlighting the common health issues they are facing in daily life and during the duty.