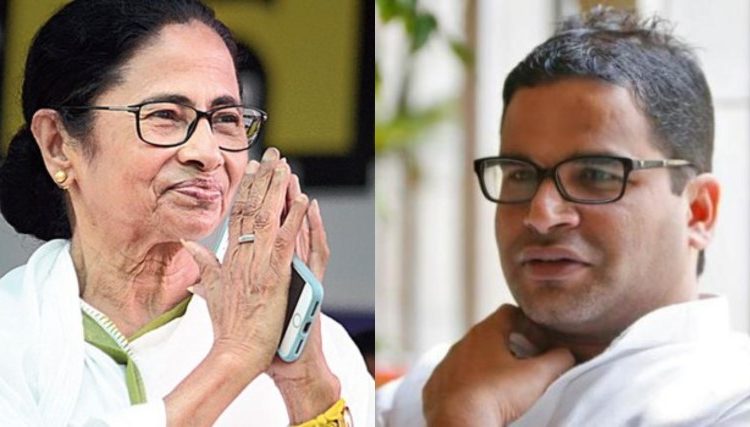 Kolkata: Besides Mamata Banerjee, the one person in huge in demand during the last 24 hours has been Prashant Kishor.

Simply put, the media and public can’t have enough of the professional poll strategist who was a leading architect of Trinamool Congress’ stunning win over BJP in the West Bengal assembly elections.

More so since he announced on Sunday that he will be quitting this ‘space’ hereafter. The man who worked for the United Nations before venturing into Indian politics, is indeed leaving on a high.

Kishor, better known as ‘PK’, was roped in by the TMC on the advice of MP and Mamata Banerjee’s nephew Abhishek Banerjee.

He joined as strategist after TMC suffered setbacks in the 2019 Lok Sabha elections, when BJP emerged as the main opposition party in Bengal by securing 18 out of 42 seats.

The first tangible initiative of the master strategist was ‘Didi ke Bolo’ (share with Didi) outreach programme, launched in July 2019. It provided a platform for people to directly lodge complaints to the chief minister.

Over 250 party workers monitored 24×7 every grievance or suggestion and kept track of how many issues were resolved. Initially scoffed at, it worked well in strengthening booth-level committees. TMC not only managed to recapture all seven municipalities, which had gone to the BJP (due to a switchover), but also convinced ground level leaders to rejoin the party.

Soon, there were tell-tale signs of a ‘re-branded’ TMC emerging. Fresh internal assessment was carried out and ‘non-performing assets’ were identified.

In November 2019, MPs, MLAs and functionaries of TMC were summoned to the party headquarters for a meeting to be helmed by Mamata Banerjee. On reaching the venue, attendees realised that Kishor was also part of the meeting with a report card of their activities.

The 294-seat West Bengal Assembly has 68 seats reserved for SCs and 16 for STs, where the party had fared poorly in the LS polls.

The second one was a general meeting, where Kishor reportedly pulled up those who were taking the party chief’s directives lightly. PK reportedly asked MLAs to provide a big push to the ‘Didi Ke Bolo’ initiative, which he felt was losing steam because of a lack of interest shown by them.

He advised them to popularise Mamata’s schemes so that people could distinguish between the state and central schemes.

TMC wasn’t satisfied with the success of the outreach programme. Over 600 block and town presidents were asked to visit more than 2,000 villages and municipal wards.

Some of the MLAs questioned PK’s ‘moves’, even going to the extent of remarking that Mamata Banerjee was no more in control of the party. There was also resentment that decisions primarily involved Mamata’s nephew Abhishek Banerjee and Kishor.

In November 2020, party heavyweight and then transport minister Suvendu Adhikari, along with other legislators, went vocal on the issue. Mihir Goswami, a senior legislator from Cooch Behar, said he tolerated many insults in the past too but didn’t leave the TMC only because of Didi.

The induction of younger faces in district committees last year made many old-timers insecure, who questioned the internal changes.

Kishor took all the criticism in stride as he had Mamata’s trust. His final masterstrokes was ‘Duare Sarkar’ (government at doorstep) and ‘Bangla Nijer Meyekei Chaye’ (Bengal wants its daughter).

COVID Vaccination To Be Held During Lockdown, Closed On Sundays