This Cuttack Man Is Obsessed With Bullets; Will He Open A Museum? Find Out 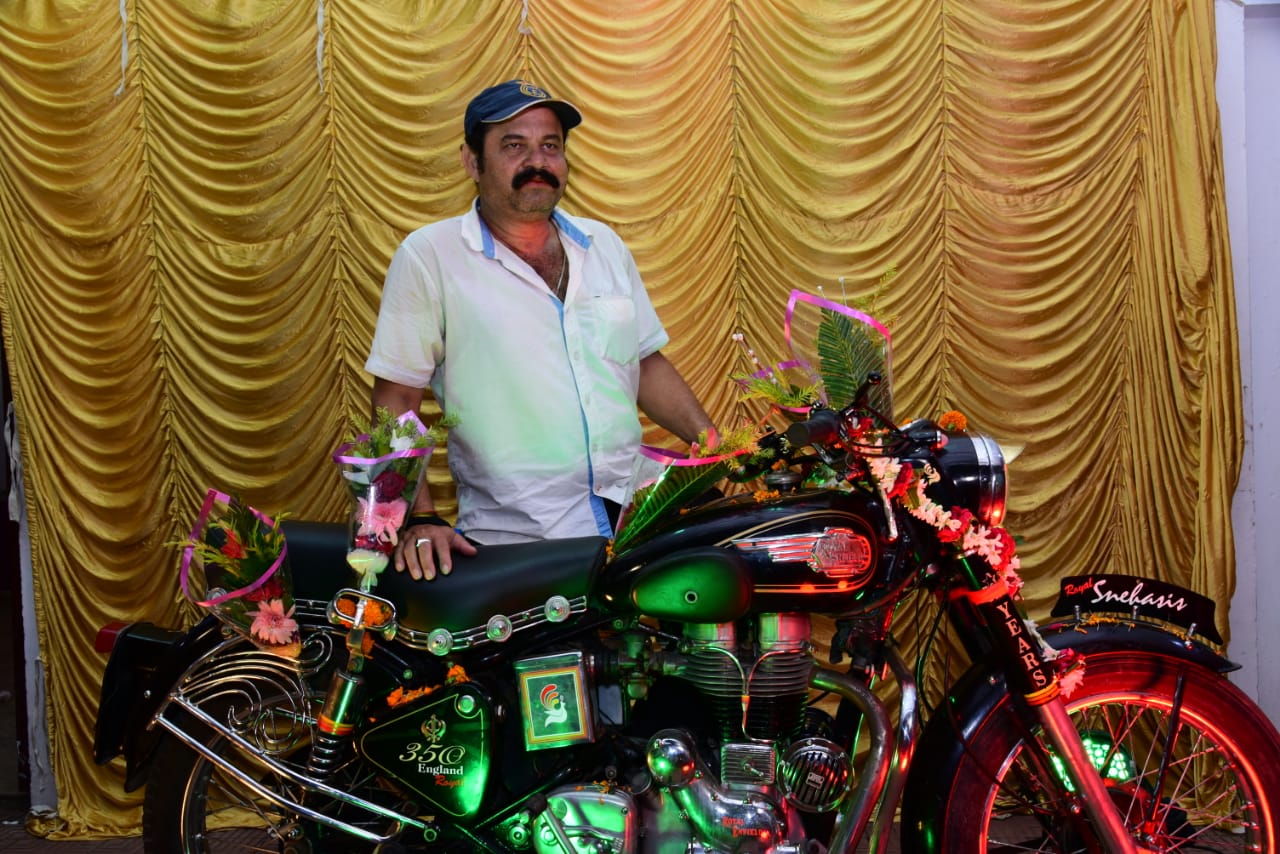 Cuttack: Bullet is not just a bike for Cuttack man Snehasis Kar. It is his addiction and passion. He has 21 of them, all in different colours and of different models. Such is his love for the mean machine, that he dreams of opening a Bullet Museum near his house in Sutahata, Cuttack district.

He was also in the news for celebrating the birthday of his favourite motorcycle, a 1961 Royal Enfield Bullet.

“My father had gifted me a 1961 Royal Enfield Bullet 30 years back. I fell in love with Bullets after riding it. I was so obsessed that I decided to collect different models of bullets back then only,” said Snehasis.

Snehasis, 51, celebrates the birthday of his first bullet, a 1961 Royal Enfield every year during Chhadakhai (after Kartika Purnima) by throwing a lavish party and inviting 1000 odd people.

“I purchase old Bullets, scrap Bullet frames and its discarded parts from Cuttack, Managada and the Kolkata market. Then I restores all the bikes,” he added.

“I have my own garage and two mechanics near my house in Sutahat. They repair and remodel the bikes,” said Snehasis.

“I want to display all the models and write a brief history on each one of them when I open my museum. I want people to know more about these wonderful bikes,” he said.

All the Bullets have a different colour and all are in running condition.

“I ride all the bikes in my collection. No one can make out that my Bullets are reconditioned,” said the Bullet lover who also owns a publication house in Cuttack.