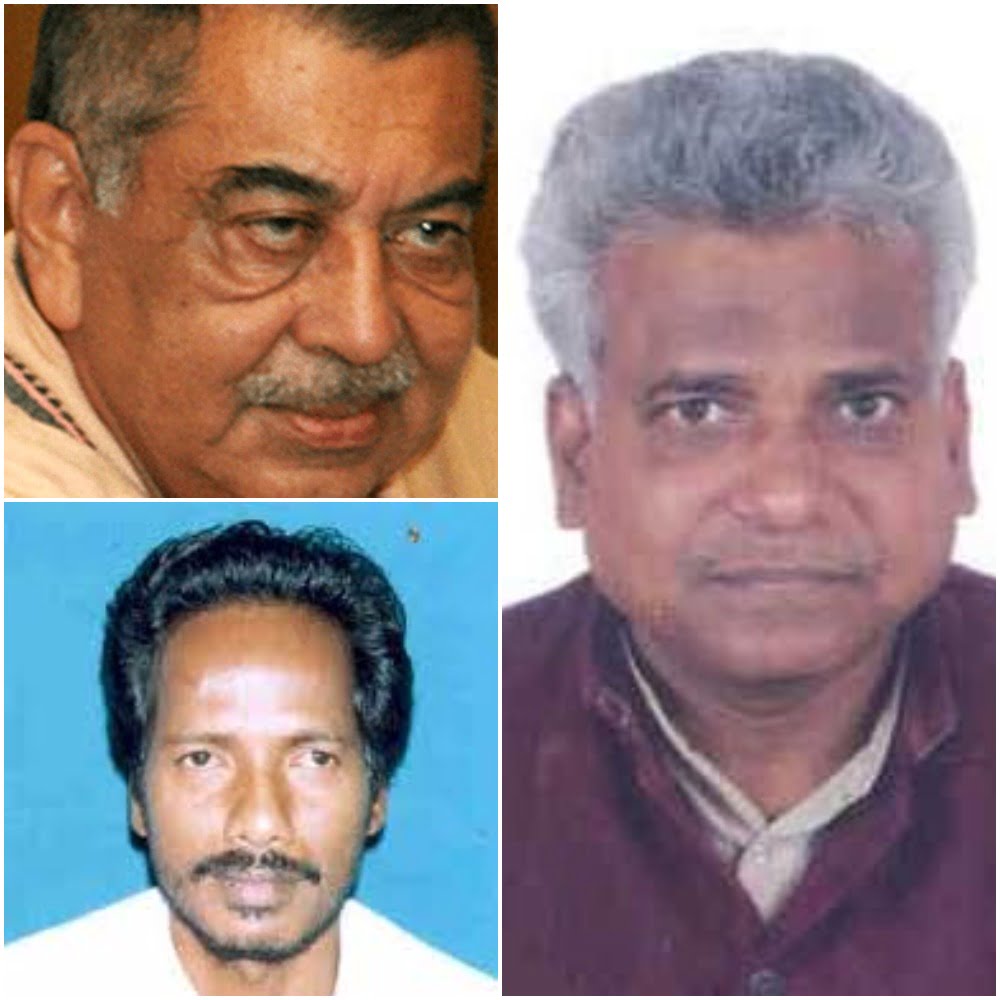 0
Share
Reading Time: 3 minutes
All eyes will be on Dhenkanal as it goes to the polls in the third phase along with five other Lok Sabha constituencies in Odisha on Tuesday. It is one of the few Lok Sabha seats in Odisha, where a proper three-faced contest is in play and is likely to end in a nail-biting finish.
The three-pronged approach of the troika here represented by BJD’s Mahesh Sahu, BJP’s Rudra Narayan Pani and Congress veteran Kamakhya Prasad Singhdeo will make for an engaging contest. All three candidates are riding high on their past, boosting the confidence of their respective parties.
Cashing-in-on its strong organisational base, the ruling BJD has fielded Pallahara MLA Mahesh Sahu in place of sitting MP Tathagata Satpathy, who announced his retirement from active politics. Sahu, known for his oratory and grassroots links, is pitted against BJP candidate Rudra Narayan Pani and veteran Congress leader Kamakhya Prasad Singhdeo, scion of the erstwhile Dhenkanal royal family.
Having won the seat since the 2004 general elections, it is not easy for hope to translate into confidence this time as the BJP had put up an aggressive campaign in Dhenkanal to corner the BJD government.
BJP oozed confidence when Party president Amit Shah accused the Naveen Patnaik government of doing precious little for the poor and tribal population in the constituency while addressing a rally there last week.
“There is a Modi wave in Odisha and its effect is more pronounced in Dhenkanal,” the BJP candidate, Pani, told Odisha Bytes. “I have been travelling to each and every polling booth and I can feel the change in the air,” the former Rajya Sabha MP added.

The saffron party’s assurance perhaps stems from the support extended by tribal leaders under the banner of the Veer Birsa Bikas Samiti. Dhenkanal has an estimated Scheduled Caste population of 19.28 per cent and a Scheduled Tribe population of 13.59 per cent.

Addressing a press conference earlier this month, the tribal leaders had said they were impressed by the development programmes of the Centre and therefore wanted to see BJP governments at both the Centre and in the state.
As for Pani himself, despite being active at the grassroots level, he has not been able to impress voters as a Rajya Sabha MP. In 2014, he was defeated by Satpathy by a margin of over 1.30 lakh votes.
According to political observers, notwithstanding the Modi magic, the BJD continues to maintain its edge in the constituency. Sahu is a mass leader, known for his organisational skills. He has proved his worth earlier as a BJP leader in the Talcher-Pallahara belt and now as a BJD leader.
If Dhenkanal was headed for a straight contest between the BJD and the BJP, the Congress’ decision to field its former state party chief, K P Singhdeo, has thrown up a three-cornered contest in the constituency.
Singhdeo, 78, had almost faded from the political landscape till his candidature was announced for the Lok Sabha polls. He still continues to hold sway over his committed voters but his health has restricted his campaign.
Singhdeo was recently admitted to a private hospital in Bhubaneswar for treatment.
The Assembly constituencies that fall under Dhenkanal parliamentary constituency are – Dhenkanal, Hindol (SC), Kamakhyanagar, Parjanga, Pallahara, Talcher and Angul.