Time Has Not Yet Come For Opposition To Rejoice 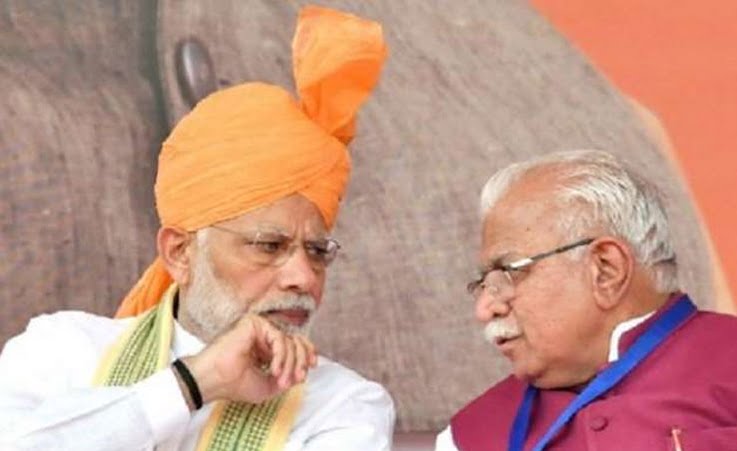 Prime Minister Narendra Modi showed up a brave face from the ramparts of the BJP headquarters in New Delhi. He has applauded Maharashtra Chief Minister Devendra Fadnavis and Haryana’s Manohar Lal Khattar for coming back to power in the two states for the second consecutive term, saying, “There are a few examples of the government returning to power after five years.” This is natural for any leader to interpret the results in their favour. However, there is a flip side to the election outcome in these two states. Maharashtra was not a cakewalk for BJP as predicted by a lot of political pundits and exit polls. The number of seats of the saffron camp came down to 105 in an Assembly of 288 seats, while in Haryana, BJP even failed to touch the magic figure of 46.

The opposition, especially Congress, which had almost lost hope to even put up a show, let alone a good one, in these elections has suddenly got oxygen. The rudderless Congress of Sonia-Rahul did not show any effort to put up a formidable fight against BJP in these two states. The credit for pumping oxygen to the Opposition camp in Maharashtra is going to NCP’s Sharad Pawar and for Haryana, it is Bhupinder Singh Hooda.

While the regional satraps of the Opposition could make a mark, the regional faces of BJP were perhaps more dependent on Modi-magic which did not work in this election. It is also clear that people did not swallow the pills of nationalism in the form of Article 370 or proposal for Bharat Ratna to Savarkar or for that matter the army firing across the Pakistan border the day before the polling as well. Instead, issues of farmers’ distress, unemployment, Jat-Muslim sentiment might have worked in these two states.

However, there is very little scope for the opposition to preempt that the people have started revolting against the Narendra Modi-led Central government on the question of economic slowdown. These were state elections and the anti-establishment sentiments as well as local factors have definitely worked in the polling patterns. In Haryana, the splinter group of INLD, Dushyant Chautala’s Jananayak Janata Party has eaten up a large section of Jat votes. Congress too gained out of INLD’s weakness. Many believe non-Jat Manohar Lal Khattar could not match up with the Jat leader and former Congress chief minister Bhupinder Singh Hooda.

Remember, this is nothing new in the Narendra Modi-Amit Shah era. The Modi charisma did not work on several occasions. Soon after BJP came to power in 2014 riding on a Modi wave, BJP lost the Delhi and Bihar elections. In Karnataka, they struggled for a year to orchestrate a revolt in the ruling JD (U)-Congress government to form their own. Just before the 2019 general elections, BJP lost three crucial states—Chhattisgarh, Madhya Pradesh and Rajasthan—and had to suffer defeat in the Uttar Pradesh by-elections against the SP-BSP coalition candidates. Still, they managed to put up a brilliant show in 2019 Lok Sabha elections decimating the Opposition.

So, the general election is a different ball game. The Ayodhya verdict is expected in November. There will be a huge social churning in whichever way the verdict goes. The RSS-BJP plan to establish the dominance of Hindu nationalism in India would get another boost through this verdict. So far, the Opposition has not been able to put up any credible ideological battle against the saffron camp.

The only hope the Opposition has is the economic distress in the country that may lead the voters to revolt against the Modi-Shah juggernaut. What are the opposition leaders doing to turn the socio-religious battle into an economic one? Where is the alternative face to counter Modi-Shah? Or, like the Left in India, are they still waiting for the much-awaited revolution to happen on its own? Good opposition politics need answers to these questions. Even now, a huge part of the country is debating and discussing NRC and the Citizenship Bill. This is likely to gain momentum in the days to come.

Either the Opposition has to be pro-active in leading the people to garner public opinion against the Narendra Modi government or they have to leave it to the people to wait for the time to revolt against the government on economic issues. The time has not yet come for the Opposition to rejoice, even after BJP’s not so impressive performance in the two state elections.

Ex-Cricketer VVS Laxman Tweets About Ragpicker From Bhubaneswar; Know Why