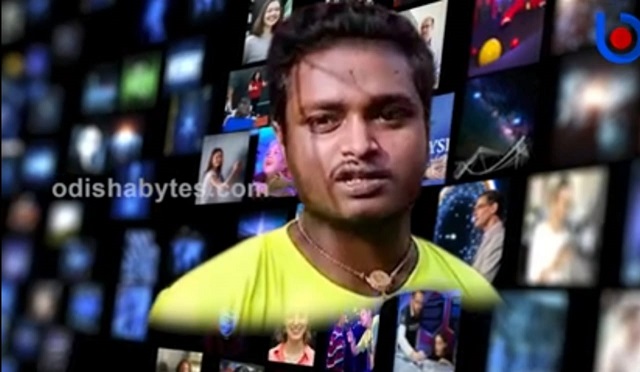 Tunguru Bhola is possibly the most famous Odia at the moment. He is in the viral zone. His antics fetch millions of clicks on the social media. Videos on him have lakhs of viewers. On the streets, at street corners and among friend groups Tunguru is the most uttered word. That’s a terrific achievement given his rather humble, unimpressive background and the circumstances of his rise to fame. One is not sure whether every Odia should be proud of him, but given the fact that he garners so much attention, he must be someone special. Or that’s at least what a big section of Odisha’s media would like to drill into us.

Bow to the incredible power of the media. They can make heroes out of a nobody. They can drive millions into discussing garbage for days, keep them distracted from issues relevant to their lives and make the frivolous a serious talking point. Given that their effort reflects in TRPs/ social media views and is in sync with the new guiding principle in journalism of today — ‘What sells is success’ — it is difficult to expect that their power would wane anytime soon. As we have mentioned in this series earlier, the media, particularly television and digital media, will keep on creating Tungurus to ensure their own visibility and reach, and, of course, revenue.

Since their minders are not particularly worried about the dignity of the profession and respectability of journalists, they would stoop lower with every new Tunguru they discover. The titillation quotient would go higher, the language would go coarser, and the element of sobriety would be pushed to the margins. In this milieu, the level of perversion among all involved, reporters, editors, anchors, newsroom decision-makers can only be higher. All serious journalists and media observers — well, they are still around — noted with concern the poor language, the innuendoes and the sheer cheapness involved in the coverage of the Tunguru story. This can get only worse in a competitive market.

Is there a way out? In economics, there’s something called the Gresham’s law. It is about the monetary principle where bad money drives out good. It means when bad currency is in high circulation, it makes good currency disappear. Metaphorically, it can apply to journalism too. When too much of crass journalism is in circulation, it can drive out good journalism. It’s possible the process has kicked in and in a few years from now people would forget what good journalism is all about. Expecting media house owners, managers or digital players to exercise restraint is futile. It has never worked, nationally or anywhere.

Perhaps the best solution is to turn the new trend into a separate branch of journalism altogether. Since the name is in wide circulation, we can call it Tunguru school of journalism. It will have Tunguru reporters, Tunguru editors and Tunguru photographers. There will be Tunguru channels offering only this kind of content. Why, they can have institutes of Tunguru journalism too. Don’t start laughing yet, the separation is necessary because both kinds of journalism get mixed up in the current arrangement. The layman has no way of knowing what is good and what is not. As they find great revenue potential in it, media houses can promote Tunguru journalism as a separate vertical altogether.

Impractical, but this is the only way good journalism can have uncontaminated space. It is also the only way the profession can retain its respectability and intellectual character against the current onslaught. The Tunguru school can go on creating viral heroes or villains, winning TRPs/ viewers in the process, but at least it won’t be confused with real journalism.