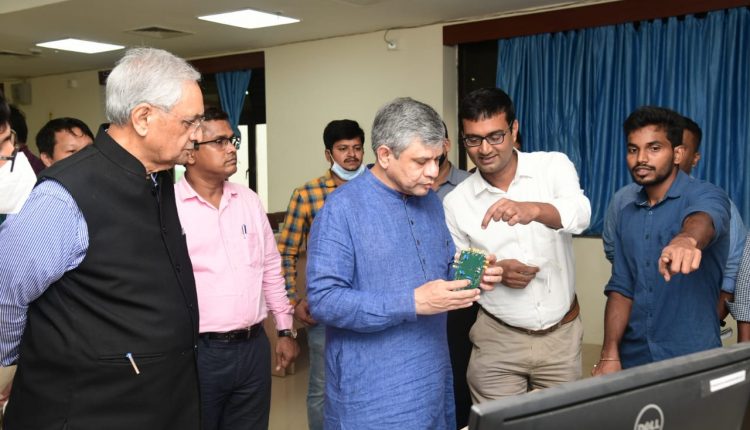 Bhubaneswar: Minister of Railways, Communication & Electronics and Information Technology Ashwini Vaishnaw handed over approval letter of the Union Government to IIT-Bhubaneswar for inclusion in Startup programme for Chips during a visit to the institute on Sunday.

Encouraging the students for Startup programme, Vaishnaw informed that now India has 74,000 Startups which were only 400 in 2014-15. With Chips Startup programme, IIT-Bhubaneswar will be the 31st institution of the country for preparing semiconductor.

Challenging the students, Vaishnaw said if they would provide at least 10 techniques for 5G, IIT-Bhubaneswar will get recognition as Centre of Excellence to have 5G usages. Exchanging the ideas with IITians, he said the institute will tie up with Gati Shakti for Railway Technology Development, if proposals will be received.

Among others, Dr Rajendra Prasad Singh, Chairman and Board of Governor of IIT and Prof PV Satyam, Dean of IIT-Bhubaneswar also spoke on the occasion.