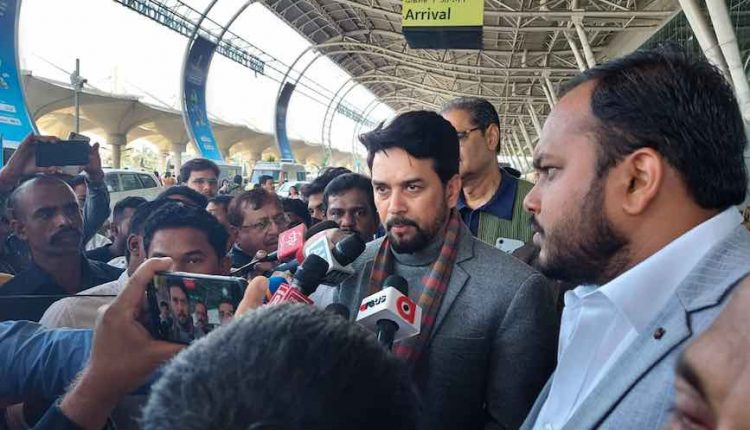 Speaking to mediapersons, Thakur said Odisha has done very well in the field of hockey by building a new stadium. “Men’s Hockey World Cup 2023 will be an excellent tournament. I am sure the games and performances will be exciting. People of Odisha will make it more vibrant and colourful,” he added.

He also welcomed all teams to India.

A precursor to the Hockey World Cup, which Odisha is hosting for the second consecutive time from January 13-29, the opening ceremony in Cuttack will showcase Odisha’s culture and heritage through performances and technology. Bollywood actors Ranveer Singh, Disha Patani and music director Pritam, who has composed the Hockey World Cup theme song ‘Hockey Hai Dil Mera’, K-Pop band BLACKSWAN featuring Sriya Lenka of Odisha will perform live at the inaugural ceremony.

Ollywood’s power couple Sabyasachi Mishra and Archana Sahu will also feature in the celebration along with the famous Prince Dance Group and many other performers.

Around 30,000 people, including players and officials from 16 countries, are expected to attend the opening ceremony. Along with high-security arrangements, the Commissionerate Police has put in traffic regulations for easy movement of sports enthusiasts and people to the stadium.

How Indians Can Bet On Sports Using Bitcoin