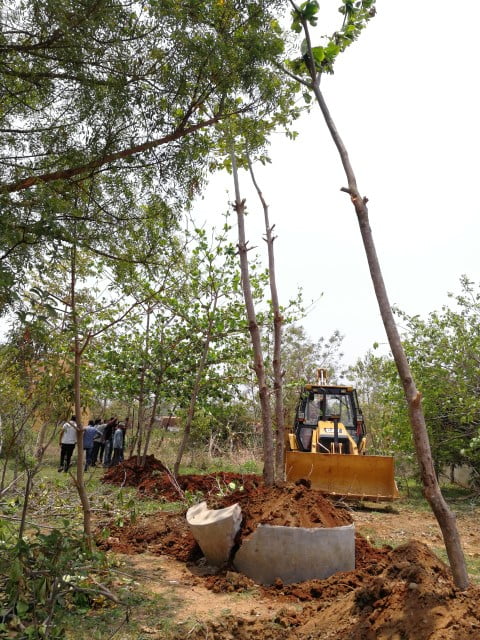 Bhubaneswar: Students of Utkal University have set an example for the city residents to emulate. With almost the entire green cover of the capital city being wiped out by cyclone Fani, teachers, staff and students of the computer science department joined hands on Saturday and restored about 10-12 trees on the department premises that were hit by the severe cyclonic storm.

These trees were over 10 years old and were uprooted in the devastating cyclone that had hit coastal Odisha on May 3.

“If we plant saplings now, it will take years to grow full-fledged trees. So, saving the uprooted tree was the best option to protect the environment after the cyclone. With the help MTech and MCA students and that of Odisha Forest Development Corporation,  we were able to save the trees,” said HoD P K Behera.

Utkal University witnessed large-scale uprooting of trees during the May 3 cyclone. According to the varsity’s administrator, the preliminary loss of property has been estimated at around Rs 109 crore.

The initiative of the department could encourage other departments to replicate the feat. With 10 lakh trees being damaged in the cyclone, city denizens could draw inspiration from the department students-teachers initiative to restore the green canopy of Odisha capital, the varsity said.