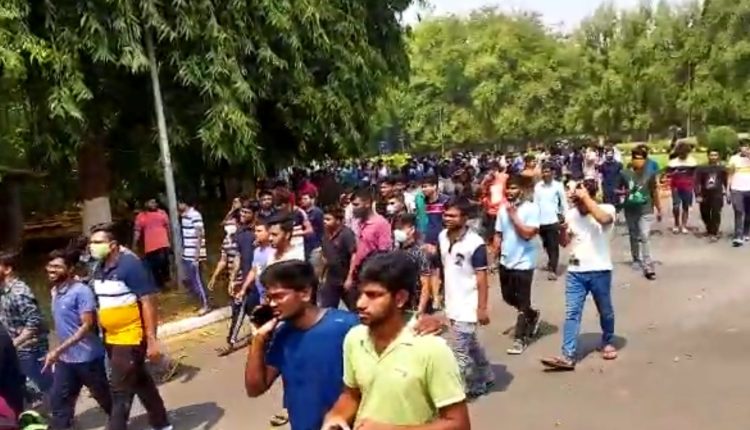 Rourkela: The students of National Institute of Technology-Rourkela (NIT-R) on Tuesday staged a protest in the campus demanding online semester examinations in line with the decision of IIT-Kharagpur.

Hundreds of students of NIT-R staged a demonstration at the main gate of the Academic Building for nearly three hours in support of their demand. The students said they resorted to the agitation as they apprehended that they would be told to appear at the examinations through offline mode after resumption of physical classes on Wednesday.

Stating that they have been studying and classes are being held through online mode for a long time due to COVID pandemic, the students said they were not prepared for the offline tests. Spring and end semester examinations are due by third week of April.

Following the protest, NIT-R Director Prof K Umamaheswar Rao held a meeting with representatives of the agitating students. But the discussion remained inclusive and would be held again on Wednesday evening, sources said.

However, the Institute authorities said there was no agitation by the students. They had come for discussion on holding online examinations. A decision in this regard would be taken after considering their request and the institute’s  preparedness, TNIE quoted in-charge registrar Prof Rohan Dhiman as saying.