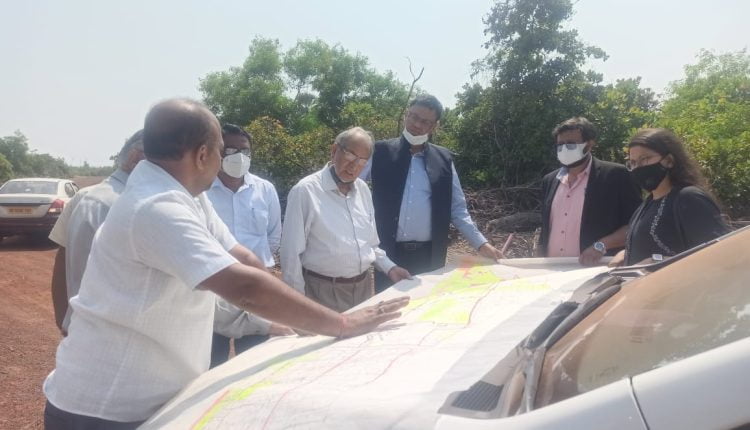 Puri: Three months after the Centre has clarified it is yet to receive a formal proposal on the international airport at Puri from Odisha, a seven-member technical team of the Airport Authority of India (AAI) visited the proposed site at Sipasarubali, on the outskirts of Puri, on Tuesday.

The team, comprising four officials from Delhi and three from Bhubaneswar airport, conducted a survey at Sipasarubali in Puri Sadar block and also examined the land’s map and other documents. Puri Sub Collector Bhabataran Sahu was also present.

The team is also held discussions with Puri Collector Samarth Verma on the proposed project.

Notably, Chief Minister Naveen Patnaik wrote Prime Minister Narendra Modi, pitching for an international airport at Puri to be named after Lord Jagannath, in January 2021. The AAI approved 1,500-acre land at Sipasarubali near Girala in Brahmagiri Mouza of Puri district identified by the government after conducting a pre-feasibility study in June last year.

The team had visited all the four sites of Girala and Sipasarubali on the town’s western side as well as Samagara and Baliguali on the eastern end on June 17, 2021.

In November last, Union Minister for Civil Aviation Jyotiraditya Scindia told the media that the AAI had already sent a complete report for an international airport at Puri to the Odisha government. “We are awaiting its response on developing a greenfield airport at Puri,” he said during his visit to Jharsuguda.

A month later, Union Minister of State for Civil Aviation General VK Singh said that the responsibility of implementation of the airport project including obtaining necessary approvals from the Centre rests with the project proponent concerned, which is the state government. “So far, no proposal in the prescribed proforma for establishment of a greenfield airport at Puri has been received by the Ministry of Civil Aviation,” he said.