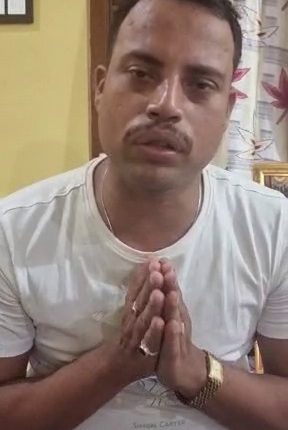 Puri: A day after accusing police personnel of collecting bribes from smugglers of liquor, ganja and other contraband items, Excise Inspector Sanjaya Panda on Tuesday apologised for his remarks and said he was retracting them.

He said after recovering from COVID, he was under treatment for mental health issues and has been on medication for the last two years. Panda said that for the last one month he had not taken his medicines as they were not available and that probably led to Monday’s outburst.

“I respect my superiors and the police force. Whatever I said was a slip of tongue. It was a mistake and I apologise for it. Please forgive me,” he said.

Panda on Monday shot off a letter to the Excise Commissioner of Odisha, accusing police personnel of collecting bribes from smugglers of liquor, ganja and other contraband items.

“While carrying out raids in Puri district in the past one year, I found that whenever we arrest any excise offenders, they said they are giving huge monthly money to the police station staff,” Panda, Excise Inspector of District Mobile Unit, said in his letter.

Panda also highlighted that the Excise Department has only 20 to 25 staff and two vehicles in Puri. “As a responsible officer of the Excise Department, I feel very disregarded and discouraged while doing my duty with limited staff and less salary without any reward and recognition, accommodation and service vehicle as compared to that of police personnel.”