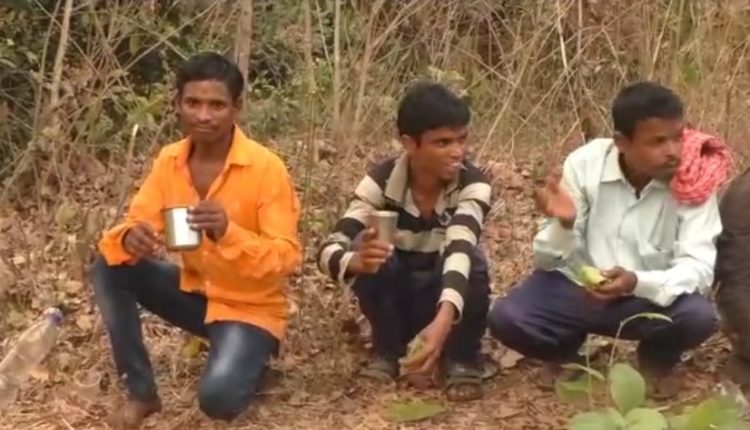 Malkangiri: With thousands of people turning up on the occasion of Bada Jatra here, festive fervour has gripped the area. The occasion has also thrown up an opportunity for the tribals to organise a country liquor mela for the visitors to enjoy.

While the priests were busy performing the puja rituals of the deities, Kanamraj, Balraj, Potraj and Devi Mutyaluamma at Sikhapalli, the liquor mela was opened at the nearby open ground.

One can take his pick from a variety of home-made country liquor like Salapa, Tadi, Mahuli, Chauli and Handia prepared by the Koya tribals at the mela. Besides the tribals from the district and nearby areas, those from neighbouring Andhra Pradesh and Chhattisgarh did not miss the opportunity to relish the traditional brew.

Coming in groups of relatives and friends, first they taste the varieties and after selecting one, took a potful of the drink to sit around it and drink from cups made of Kendu leaves. For food, they have roasted or cooked chicken and goat meat sacrificed during the Bada Yatra.

Though the tribals prepare the traditional brew at home and consume it regularly, the festival offers a chance once in two years to celebrate with others at the liquor mela.