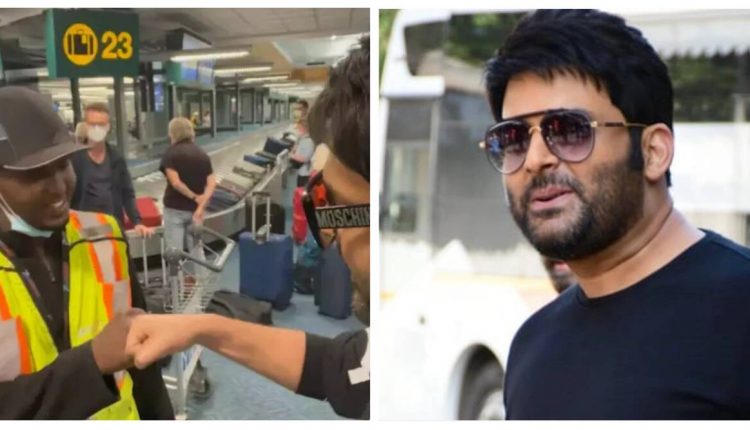 New Delhi: Kapil Sharma and the entire cast of The Kapil Sharma Show are in Canada for a live concert tour. On Saturday, the comedy king took to his Instagram account to share a heartwarming video in which he ran into a fan at the Vancouver airport.

Only, the fan does not speak or understand Hindi.

In the video, Kapil asks the fan, “How come you know me and my show?” The fan replies, “I watch your shows on YouTube.” When Kapil inquired if he understands Hindi, the fan said that he watches Kapil’s videos in English or with subtitles. Kapil was visibly overwhelmed by the love showered by the fan.

Kapil has taken off for Canada during the hiatus and has been sharing pictures with his teammates. He was seen posing with Krushna Abhishek, Kiku Sharda, Chandan Prabhakar and Sumona Chakravarti, along with other crew members. He revealed in the caption that they were going to conduct shows in Vancouver and Toronto. “Flying to Vancouver now 🤩🇨🇦 can’t wait to meet our lovely fans in Canada.”

About this tour, a source close to The Kapil Sharma Show told indianexpress.com, “Kapil has a month-long USA tour planned mid-June and would be unavailable to shoot. The team thus decided to take a break during that same time. A few episodes, however, will be pre-shot to continue entertaining fans before they go on a break.”

[Watch] Congress Leader Refers To President Murmu As ‘Rashtrapatni’; Both…