We’re No Hermits: Yeddyurappa On Whether BJP Will Form Govt In Karnataka 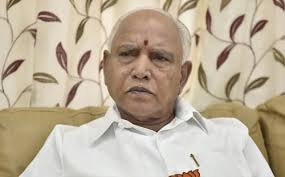 Bengaluru: The BJP has said it will take a call on Karnataka after the resignation of 11 ruling Congress-JDS MLAs is formally accepted, state unit chief B.S. Yeddyurappa said on Sunday.

The BJP had earlier said it was in no way connected to what was happening in the state. “Let’s wait and watch. Are we sanyasis (hermits)? After the resignation process is over and the Speaker takes his decision, leaders of our party will discuss and decide,” NDTV quoted Yeddyurappa as having told PTI in response to a question whether the BJP was preparing to form the government.

The Congress-JDS government has plunged into a crisis, with at least 11 legislators of the alliance submitting their resignation to the Speaker. The Speaker, who is on leave, has said he will consider them on Tuesday.

The latest round of resignations takes the number of exits from the ruling alliance to 14 – and came while JDS chief and Chief Minister H.D. Kumaraswamy was on a private visit to the US.

If the resignations are accepted, the year-old ruling coalition will no longer have a majority in the Assembly.

The Congress and the JDS together have 118 members in the 224-seat state assembly, along with one BSP and one Independent member. The defections will bring its numbers down to 105 and the majority mark in the Assembly from 113 to 106. The BJP, which also has 105 legislators, has said it should be invited to form a new government if the ruling coalition lacks the numbers.