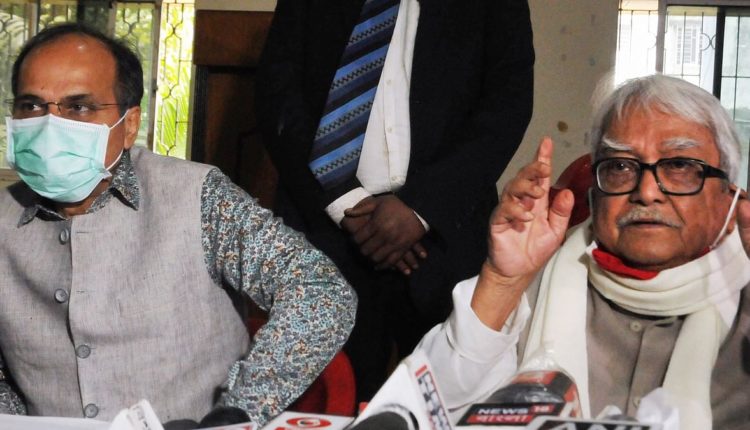 Kolkata: The Left Front-Congress alliance is already in place for the upcoming assembly polls in West Bengal, but there is no agreement yet on seat sharing.

There was another closed-door meeting on Sunday, where the Congress was learnt to have pitched for 130 out of the 294 constituencies.

According to sources, Left Front leaders were not happy with the Congress proposal and could hold talks with the central leadership of Congress.

“To beat the communal BJP and the tyrant Trinamool Congress, the Left-Congress alliance is necessary. Though we haven’t come up with a seat-sharing agreement but it will be finalised by the end of this month. We will be sitting a few more times before a decision is taken. These are sensitive issues and cannot be finalised in a day,” remarked the senior Congress leader.

Senior Left Front leader Biman Bose said there was no misunderstanding between the alliance partners.

“Though the alliance is necessary but as of now the seat-sharing issue hasn’t been finalised. There is no misunderstanding between us. We are sure to find a middle path in order to save West Bengal and its people,” said Bose, who is a Politburo member as well.

Explaining the delay in seat-sharing agreement, Berhampore MP Adhir pointed out that the Left Front has many allies and they have to come to an understanding among themselves.

Asked about Trinamool Congress leaders making public overtures to the Left and Congress and asking them to join forces with the ruling party to defeat the BJP, Bose said: “These are tactics to confuse people. We should not forget who hand-held the BJP in making their presence felt in West Bengal. We are not perturbed by such calls.”

Bengal BJP general secretary Sayantan Basu asserted that even if all non-BJP parties join hands and come together, they won’t be able to deny the saffron party from forming the next state government in the state.

Second Batch Of Corona Vaccine To Arrive In Odisha Tomorrow