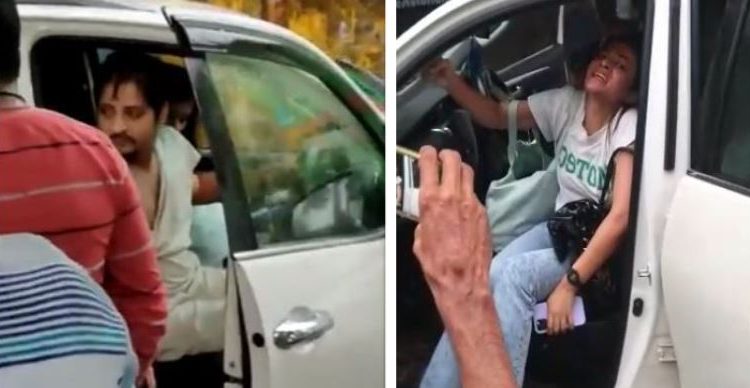 Year 2022 seems to be an interesting one for actors across the marital spectrum with their relationship status reading ‘complicated’ — married, estranged, divorced, undecided, whatever. From Johnny Depp, to actor Anubhav Mohanty, to the latest Tanmay aka Babushaan.

The recent drama that unfolded with actor Babushaan’s wife Trupti accosting Prakruti, hitting her, pulling her hair in full public glare was not only shameful but also disgusting to say the least.

The incident did not occur in a remote village, where women who defy the social norms or for any other reason are branded witches, stripped or paraded naked, or are mercilessly beaten. It took place in a state capital, Bhubaneswar, and people who should have stopped the violence were busy recording videos, and one at least tried to take a selfie.

Not one came out in support or tried to save or protect the woman who was being attacked, pleading for help, raising her folded arms. One cannot imagine her trauma. Was there any call to the police, any women’s helpline? No media report mentions any such call being made.

What comes across clearly is a woman is vulnerable on the streets, and if she is attacked or heckled, people will stand and watch the show. We have failed her as a civilised society.

The fact that the actor was/is allegedly having an affair with Prakruti or that the wife has been grievously wronged is not the issue here. But people taking a moral stand on what is at the end of the day a purely personal matter and shutting one’s eyes to an act of unprovoked violence is reprehensible as is the total lack of understanding of personal boundaries.

The subtext clearly is, ‘teach the errant woman a lesson’ or ‘she wrought it upon herself’!

Many years ago the actor Zeenat Aman was brutally beaten up by an equally famous male co-actor, with his wife cheering him on. That was in another era, one would like to believe.

Is the present one any different when it comes to the status of women or public perception of how a ‘good’ woman ought to behave or in this case who the ‘wronged’ woman actually is.