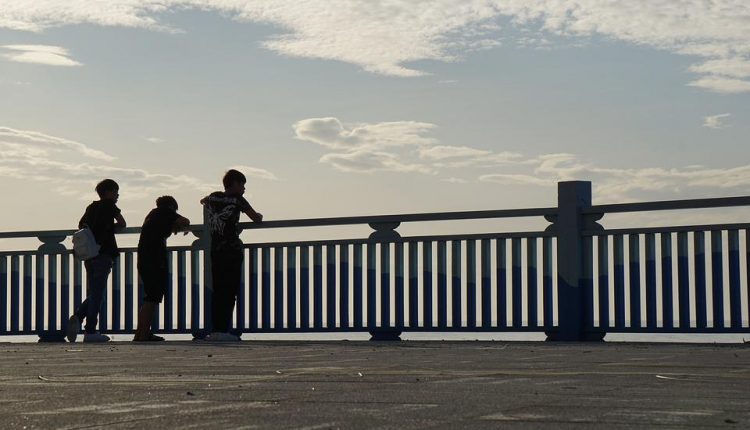 Ravenshaw Collegiate School, Cuttack, established in 1851, is the oldest school in Odisha and its alumni include luminaries such as Netaji Subhas Chandra Bose and Biju Patnaik. While local students mostly took admission in Class IV, those from other places of the state joined the school from Class VIII.

Bighnaraj Chhotaray topped the entrance test for Class VIII, took admission in our class and continued to top in every examination for the next three years. Bullying unassuming new entrants, particularly boys from villages, was regarded as cool. Bighnaraj, a reticent boy from a village, had to bear the brunt of it. But instead of fighting, he graciously offered his mid-day tiffin to boys who were trying to snatch it, just smiled if someone squirted ink on his shirt. He was never angry, never complained, just focused on his own affairs. His mild demeanours impressed me and we became friends for life. From school days till post-graduation, we shared classrooms.

An American saying goes, “The squeaky wheel gets the grease.” Bighnaraj didn’t squeak and didn’t get greased, but was always satisfied no matter what was tossed at him. A deep theist, he had unfailing faith that whatever God had in store for him was in his best interest: “one must be happy with whatever one gets and make the best out of it and give the best for it.” He was happy to join as an officer in United Bank of India, though many felt he should have had a crack at Civil Services. He gave his best to the bank and was highly appreciated by colleagues and, more importantly, by customers. However, homesickness was his Achilles heel. It led to circumstances that irked three of his seniors, who otherwise praised his work and output. The trio held it against him and denied him a promotion although he had topped the test. This is the first time he squeaked, though silently and submitted his papers. Of course, there were many takers, he immediately got an appointment at a higher position in a private bank.

He gets tremendous satisfaction in helping friends, particularly in managing their investment and taxation matters. For me, he is my alter ego. From the beginning, he has not only been managing my financial matters but also has stood by me through thick and thin. Not that he has expertise in all the fields, but having someone beside you unconditionally, solves half the problem. I am indeed very lucky that his wife Neena is equally gracious and supportive. Our two families gel very well; except for our honeymoon trips, we have spent all our vacations together.

When I joined Ravenshaw College to pursue Intermediate in Science, I met Deepak Mohanty, a lanky boy ever-willing to help out his friends under any circumstances and at any point of time. He just loved doing it. Our friendship blossomed during our graduation and post-graduation days. Deepak was very good in academics and scored better than me in examinations. It never affected me since I appeared for the examinations reading his notes. I had become so overbearing that during post-graduation I made him prepare two sets of notes one for himself and one for me (in those days photocopying was not easy and was expensive too). It was a huge shock to me when I qualified for Indian Forest Service (IFS) in 1982, but he didn’t.

He had tremendous confidence in my potential to rise in life. After I joined the National Forest Academy for training, he persisted in strongly persuading me to take the Civil Services Examinations and get into Indian Administrative Service (IAS). I was happy and was too lazy to burn the midnight oil to prepare for IAS. I told Deepak, “Training schedule at Indian Forest College is too rigorous to find time for preparing for Civil Services, that too with Physics and Mathematics as optional subjects.” After writing letters to me every week for six months, he gave up, which I then believed was due to my stubborn resistance. I had come home in December 1982. He handed me over a trunk-load of hand-written notebooks, “Since you have been insisting that you are not finding time to prepare for the Civil Services, I have prepared notes for Physics and Mathematics. You just prepare for General Studies paper.” I was dumbfounded. I live with that regret, I should have taken the examinations just for the sake of his efforts and enthusiasm.” Maybe, I didn’t want to break his heart, in case I failed to get through. Luckily for me, Deepak qualified for IFS and got Odisha cadre. And I got the advantage of picking his brain on professional issues, whenever I needed.

Deepak always placed the interest of persons he loves before his own. He got married to Suni, a sweet lady with a strong personality, during his training period in the Forest Academy. On his first visit home after marriage, he reached Cuttack early in the morning and Suni was stunned at the first glimpse of his typical character. He put his luggage in the living room, offered his respect to his parents and immediately left home to meet his sister and friends, Bighnaraj and me. She could only see her newlywed husband after 12 hours, at the dinner table. Deepak was not apologetic at all and explained to Suni “wife and husband constitute one unit”. Though a very strong personality, Suni has still not been able to set right this ‘manufacturing defect’ in him.

From school days through my professional career, I always had around me receptive minds to bounce my ideas, empathetic hearts to share my feelings, supportive hands to carry my burden, broad shoulders to cry on and safe lockers to park my desolations. This has immensely helped me in discharging my social responsibilities, maintaining emotional stability and achieving professional goals. A lion’s share of the credit for what I have achieved goes to these two go-to guys.

Achinta Sheuli, Who Once Did Embroidery To Support Family, Fetches India’s Third Gold At CWG