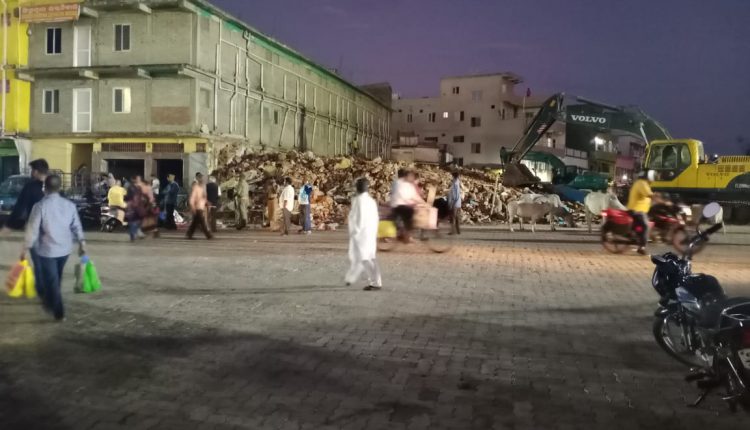 Having lost the Mangu Mutt case, conservationists, historians and activists are now pinning their hopes on an intervention petition in the Supreme Court where a case against the demolition of two other Mutts associated with Guru Nanak’s Puri visit, Punjabi Mutt and Bauli Sahib is due for hearing on January 8.

Meanwhile, five Nihang Sikhs created a flutter by climbing atop the demolished structure in Puri  on Thursday (January 2), the birth anniversary of the  tenth Sikh Guru, Gobind Singh Ji, and re-installed a religious insignia, Khanda, that had fallen off.

It may be recalled that the Mutt, an abiding symbol of the connection between Sikhism and the 12th century Jagannath Temple was demolished by the Odisha government. It was located in front of the Singhadwar, the main entrance and was within the 75-meter perimeter of the temple’s boundary wall, which was slated for clearance. It was built on the spot where Guru Nanak, during a visit in 1506, had composed the Sikh Aarti.

The  Mutt has tremendous historical and spiritual value, and nobody knows it better than Dhir. Having written a two-volume book based on an 18-day bullock cart  journey from Kolkata to Puri, Dhir discovered precious pieces of heritage in every place touched by Nanak and the other icons of the Bhakti movement, including Chaitanya Mahaprabhu, Kabir and Namdev. In the middle of October, Dhir had entranced a 150-strong audience at New Delhi’s India International Centre (IIC) with a slide-supported presentation on his book, ‘Jagannath Sadak’, which was sponsored by the Indian National Trust for Art and Cultural Heritage (INTACH), and was seven years in the writing.

Mangu Mutt was built more than a century after Nanak’s visit to Puri. Guru Teg Bahadur, the ninth Sikh guru, popularly known as “Hind ki Chadar”, also visited the  Mutt in 1670. Besides, the shrine served as a Dharamshala for pilgrims from all over and, from the middle of the 19th century, when India began its fight for independence from the British colonial rule, it sheltered many a freedom fighter.

Ironically, the Mutt was demolished at a time when the Odisha government was proposing to celebrate the 550th Birth Anniversary of Guru Nanak Dev Ji at Puri. The celebrations were cancelled, and a small seminar was instead held at the Odisha State Archives in Bhubaneswar.

Post-demolition, a delegation of Sikh MLAs from Punjab met the Odisha chief minister and demanded that at least the demolished area be handed back to the community. They also held a protest march in Bhubaneswar in December end. However, no written assurance has been given  about the transfer of land to the Sikhs and, according to Dhir, it may be a case of too little, too late.

(The author is a senior journalist based in Delhi.)

Odisha Owes Gratitude To Madhu Babu For Its Statehood