With BJD’s Support, Droupadi Murmu Election As 15th President Of India A Formality 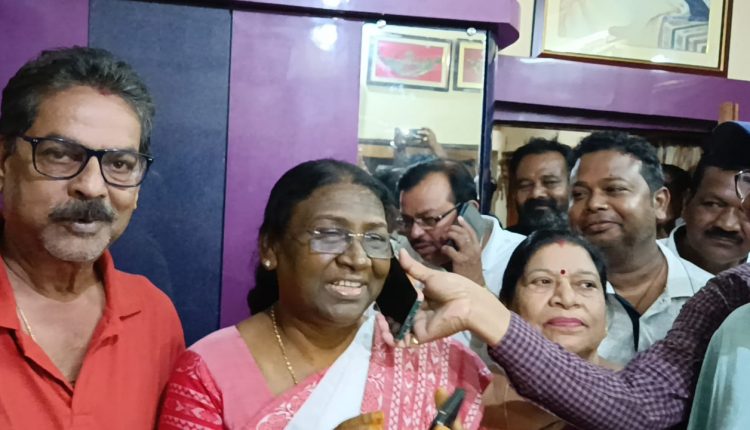 Bhubaneswar: With Odisha Chief Minister Naveen Patnaik extending his support to NDA presidential candidate Droupadi Murmu, her election to the top constitutional post has become a formality with numbers now stacked in the favour of the BJP-led National Democratic Alliance (NDA).

The support of regional parties like BJD was crucial in the presidential election slated for July 18 with the NDA government about 1.2 per cent away from the total votes it needs for its candidate to sail through comfortably. The BJD has 2.85 per cent votes.

Murmu is pitted against the Opposition’s presidential candidate Yashwant Sinha.

Soon after BJP president JP Nadda announced her name for the presidential election, Naveen tweeted to congratulate her and said that he was delighted when Prime Minister Narendra Modi discussed this with him. “It is indeed a proud moment for Odisha. I am sure Smt Murmu will set a shining example for women empowerment in the country,” he added.

Murmu, who is said to share a good equation with Naveen, also urged him for his party’s support.

Senior BJD leader and Lok Sabha MP Bhartruhari Mahtab too appealed to all MPs and MLAs from Odisha to unitedly vote for her and ensure her victory in the Presidential polls.

Once elected, Murmu will become the first Odia and first tribal and the second woman, after Pratibha Patil, to occupy the highest office in the country.

Why Ranbir Kapoor Will Not Be Part Of ‘Koffee With Karan’ Season Seven?